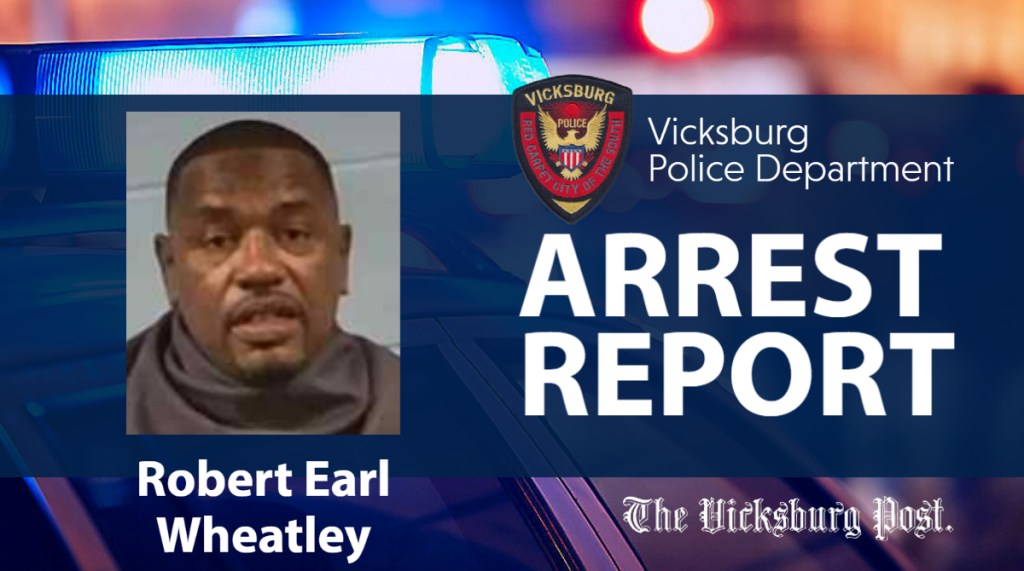 Robert Earl Wheatley, 43, of Vicksburg was arrested Thursday after his vehicle was stopped for a traffic offense in the area of Clay St. and Mission 66.  A search of his vehicle was conducted by a Vicksburg Police K-9 officer and he was found to be in possession of approximately 3.2 grams of methamphetamine.

Charged with possession of methamphetamine, Wheatley appeared before Judge Angela Carpenter in Vicksburg Municipal Court on Friday, where he was bound over to the Warren County Grand Jury on a $25,000 bond.