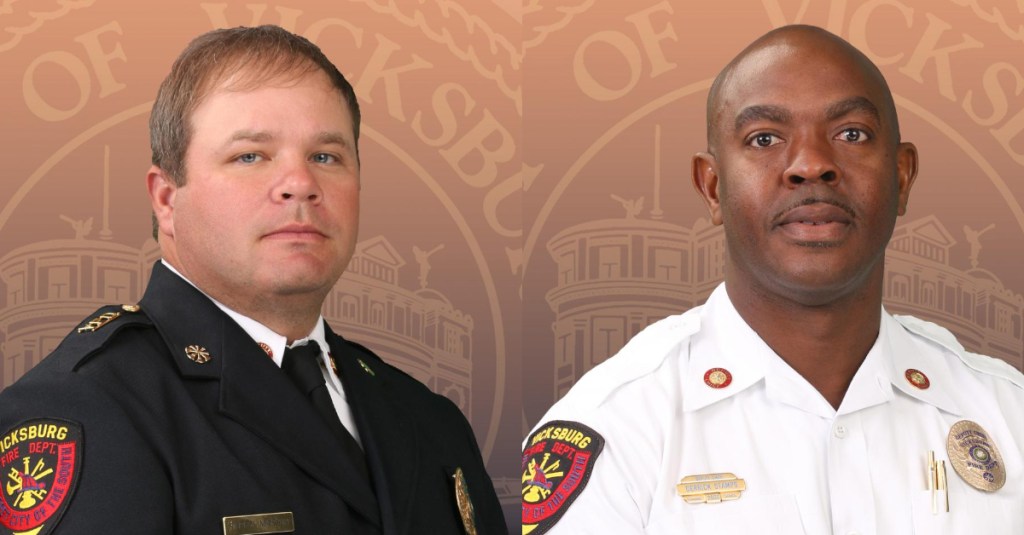 One of the Vicksburg Fire Department’s deputy chiefs — Trey Martin or Derrick Stamps — will be the next fire chief, Mayor George Flaggs Jr. said Wednesday.

“Both of them have proven that they can pick up where (retired chief Craig) Danczyk left off and take it to the next level,” he said. “I’m extremely impressed with both the deputy chiefs now. That’s the reason now I’m not appointing an interim because both of them are working well together right now and in October, we’ll pick one of them.”

Flaggs’ announcement about the chief’s position comes after he introduced Jessica Cade as the fire department’s third deputy chief during a meeting of the Board of Mayor and Aldermen.

Cade will be sworn in at Friday’s board meeting.

Flaggs also said he is considering restructuring the deputy chiefs’ and the fire chief’s job descriptions.

“What I’m trying to do is, as we go forward, is put the best people at the best time in the best position,” he said.

After interviewing Cade, he said, “She has all the potential — but not the experience — of being a good chief one day. She’s been there seven years, and that’s what we need to start looking at — people that have invested in the city but not to the point where all they want is four or five years and they retire.”

Cade completed her paramedic studies at Hinds Community College in July of 2015 and began working for the Vicksburg Fire Department as a paramedic in September of 2015, serving as a paramedic on the ambulance. She is a Tier 5 paramedic and has trained new paramedics and EMTs.

The Vicksburg Homecoming Benevolent Club named her Fire Fighter of the Year for the City of Vicksburg Fire Department in 2019.

Flaggs said he wants to rebuild the top administrative structure of the fire department by “balancing out” the expertise of the chief and deputy chiefs.

“By me going to get Jessica first, (that) allows me to strengthen the top tier,” he said.

“Every time I make a move or appoint somebody, I move to the next level. It’s not where you’ve been; it’s where you want to go.”