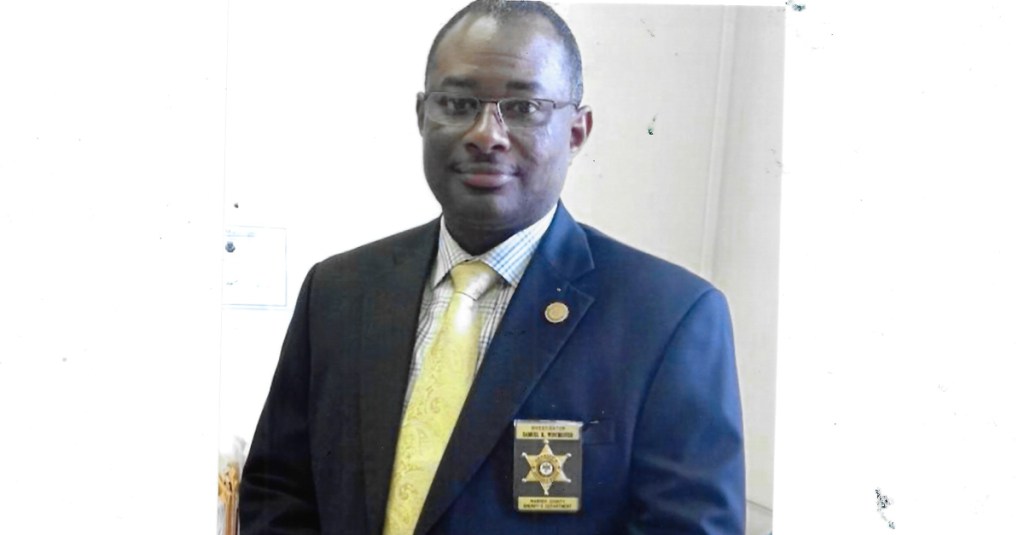 Samuel Keith Winchester Sr. the eldest of two sons born to Samuel A. and Ella Donaldson Winchester of Rodney, MS passed away on Tuesday, August 30 in the University of MS Medical Center following a brief illness. He was 49. He was a graduate of Jefferson County High School in 1991 in Fayette, MS and went on to attain his bachelor’s degree in Animal Science and a master’s in science degree in secondary education from Alcorn State University.

He has served 25 years in public service which includes Alcorn State University, Jefferson County Sheriff’s Dept. and the Warren County Sherriff’s Dept. He was a veteran of the U. S. Army.  He was a proud member of Alpha Phi Alpha fraternity and the Esquire Club. He presently served in the Warren County Sheriff’s Dept as a detective/investigator in Criminal investigation, emergency driving instructor, lead boat operator, and crisis hostage negotiator, as well as a certified fire investigation and fire service instructor. He earned the Congressional recognition of dedication and service award from the House of Representatives by the Honorable Bennie Thompon and many other noted awards.

Samuel Keith Winchester joined the Greater Mt. Zion Baptist Church in 1982, where he was active member. He served as an usher and several years later was elected as Assistant Secretary in 2009. He was currently the General and Financial Secretary.

He was preceded in death by his father, Samuel A. Winchester.

He is survived by his wife, Dendria Winchester of Vicksburg; his son, Samuel Keith Winchester Jr. and daughter, Keidria Deana Winchester; his mother, Ella Donaldson Winchester of Rodney, MS; his brothers Kylie Winchester of Natchez, MS and Joseph AC Smith of Washington, DC