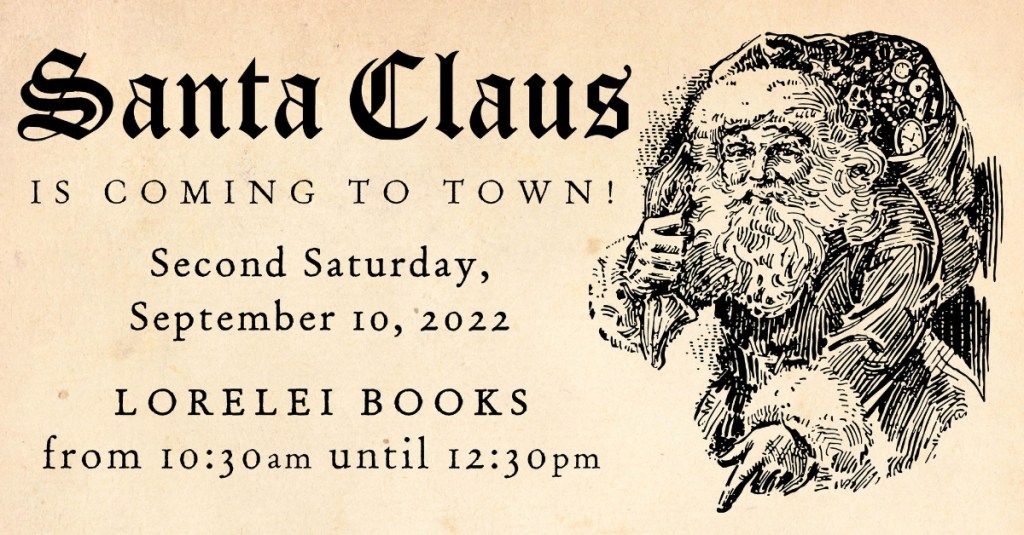 It might only be September, but Santa and his elves are already hard at work preparing for the Christmas season.

To celebrate Vicksburg’s Second Saturday event in downtown Vicksburg, Santa Claus himself will be at Lorelei Books, 1103 Washington St., visiting with all the good little boys and girls of Warren County from 10:30 a.m. to 12:30 p.m. Children and their parents will have the opportunity to “Subscribe to Santa’s Mailing List” to receive a letter from Ole Saint Nick in December.

Participating children and their parents will also have the opportunity to sign up to receive more information about a photo experience with Santa later in the season.

Santa will be accompanied by the Junior Auxiliary of Vicksburg, who is sponsoring his visit to town.