Flashes fall to Brookhaven Academy, drop third in a row 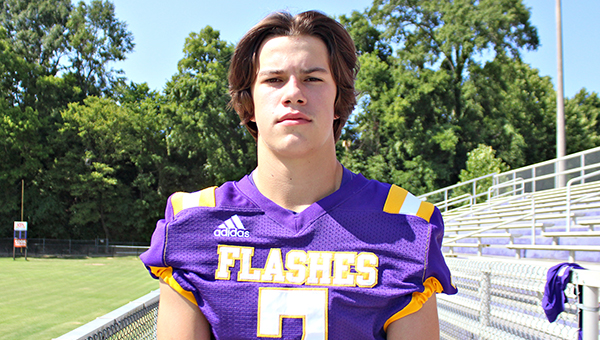 After his team played Brookhaven Academy to a relative standstill in the second half Friday night, St. Aloysius coach Bubba Nettles said he was happy and encouraged with the effort.

There was only one problem.

“The second half is something we can hang our hat on,” he said. “Unfortunately, the first half is attached to it.”

Trevor Fortenberry ran for 163 yards and a touchdown, Elijah Helton threw two touchdown passes, and Brookhaven jumped out to an 18-point lead by halftime as it beat St. Al 33-16.

St. Al outscored Brookhaven 13-12 in the second half, but couldn’t overcome the sluggish first half. Carson Smith threw two touchdown passes for the Flashes, a 65-yarder to John David Liggett and a 35-yarder to Jake Brister.

“We came out extremely flat. That’s my fault. I have to do a better job of preparing us to play,” Nettles said. “Flat as we were, we were in the ballgame and we never got out of our funk. We came out in the second half and played a much better brand of football.”

St. Al (1-3) lost its third consecutive game, and will now head into a gauntlet of state powers in the second half of the season. Undefeated Adams County Christian comes to Farrell Field next Friday.

Nettles was hopeful that the second half of this Friday’s game can provide a boost to his team.

“Carson started to hit some of the passes we were working on all season,” Nettles said. “We still have a long way to go, but we’re not out of it. We showed some serious signs of improvement in the second half.”