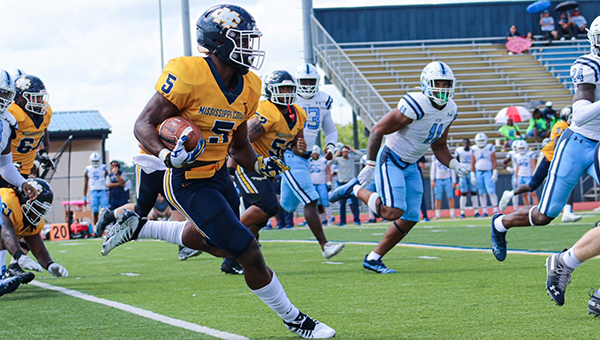 NEW ORLEANS — Alcorn State had a hard time in the Big Easy.

Michael Pratt passed for 318 yards and three touchdowns, and Tulane romped past Alcorn 52-0 on Saturday.
Tulane (2-0) racked up 558 yards of total offense and recorded its first shutout win since 1997.

The Braves (0-2) had just 109 yards of total offense. Quarterbacks Aaron Allen and Markevion Quinn were a combined 5-of-14 passing for 49 yards.

Pratt connected with Jha’Quan Jackson for a 16-yard score and Tyrick James for a 25-yarder in the second quarter and a 31-0 lead at halftime.

Pratt threw a 72-yard touchdown pass to Shae Wyatt on Tulane’s first possession of the second half to pad the lead.

DiLiello completed 25 of 33 passes for 383 yards — the third highest total in school history. He had 307 yards and all five touchdowns by halftime as Austin Peay (2-1) took a 41-0 lead into intermission.

Drea McCray finished with 10 catches for 158 yards and two touchdowns for Austin Peay.

Jalani Eason completed just 5 of 18 passes for 34 yards, with two interceptions for Mississippi Valley State (0-2). The Delta Devils had 121 yards of offense.

The Jackson State defense, which has yet to allow a touchdown this season, had eight sacks and held Tennessee State (0-2) to 140 yards. Nyles Gaddy had three sacks, while Cam’Ron Silmon-Craig had 11 total tackles.
Sanders completed 30 of 44 passes for 276 yards. His 27-yard pass to Willie Gaines for the game’s only touchdown came with 2:20 remaining in the fourth quarter.

Choctaws quarterback DeAnte’ Smith-Moore threw one touchdown pass and ran for 63 yards. Smith-Moore’s 53-yard touchdown pass to Jacob Stephens with 10 seconds left in the first quarter put the Choctaws ahead 19-0.

Meyers caught scoring passes of 79 and 75 yards from Patrick Shegog during the surge that gave the Statesmen a 35-14 lead at halftime. Those were the only two catches Meyers had in the game.

As a team, Delta State had 245 rushing yards and 541 yards of total offense.