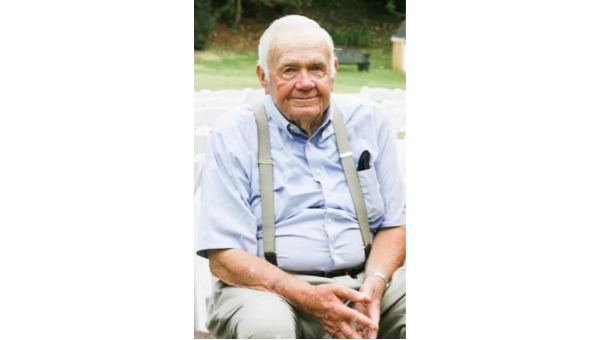 Ralph Dowe was born in Utica, Mississippi, on June 26, 1928, to Oscar Oliver and Marie Chrystell Cook Dowe. He passed away on Saturday, September 10, 2022, at Promise Hospital in Vicksburg, Mississippi, at 94 years of age. He and his beloved wife, Ethel Carney Dowe, settled in Tallulah, Louisiana, and had three children: Donna Dowe, Lisa Dowe Nesmith (Scott), and Ralph Dowe (Alison).

Growing up during the Great Depression, Ralph and his siblings learned the importance of family, and his contributions were invaluable. His prowess as a hunter, trapper, and fisherman was legendary; his knowledge of the woods of the Southeast was unparalleled, and he was an expert marksman. He loved sharing his woodsman skills and instincts with young and old alike. As a member of the Greatest Generation, he joined the army at 16 to serve his country and to send money home to help sustain the family. He trained and served on a fire brigade at Redstone Arsenal in Huntsville, Alabama. After his military service, he continued to serve the public as a patrolman with the Vicksburg Police Department. Later in life, he retired from a long career at Holsum Bread Company. He also was a master gardener and grew enough vegetables to share with many friends, neighbors, and relatives. He was an engaged and productive member of his community and had a powerful influence on all those fortunate enough to have spent time in his company. His sense of humor, wit and prodigious memory were an endless source of entertainment and comfort in good times and bad. He was sage. He was a gentleman. He was a friend.

Funeral services for Ralph Dowe were held at First Baptist Church in Tallulah, Louisiana, at 3 p.m. on Tuesday, September 13, 2022, with Bro. Jay Parker officiating. Visitation was from 2 p.m. until 3 PM. Burial followed the funeral service in Silver Cross Cemetery in Tallulah under the direction of Crothers-Glenwood Funeral Home.