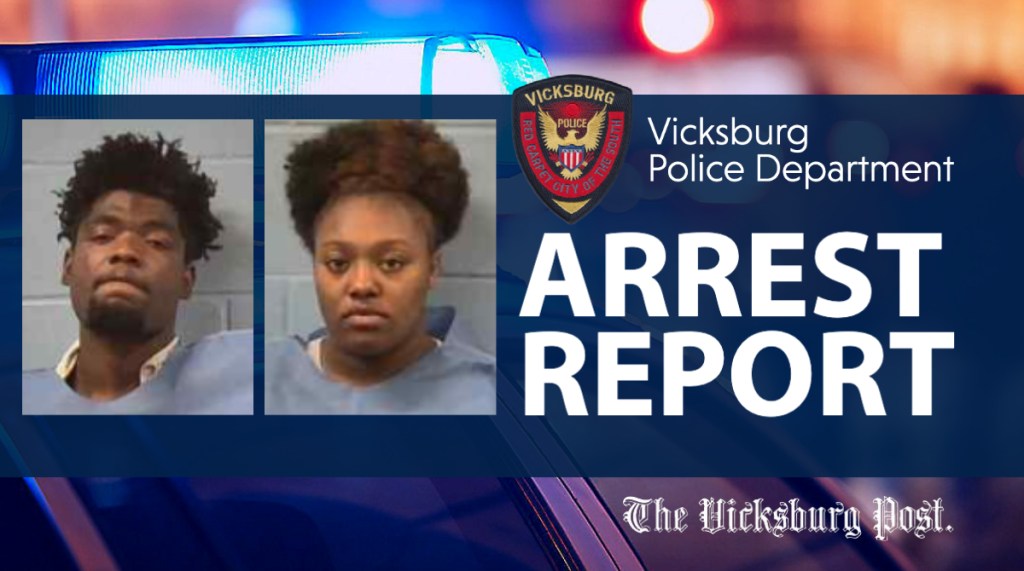 The Vicksburg Police Department arrested two individuals on Friday, one for embezzlement and another for stealing a purse. The department also received reports of residential burglary and a possible attempted burglary at a local Dollar General.

One arrested for stealing purse at Dollar General

Davonte Buck, 25 of Vicksburg, was arrested on Friday after he was seen on video surveillance stealing an employee’s purse at the Dollar General at 4000 Highway 61 South.

Buck was charged with Grand Larceny and appeared in Vicksburg Municipal Court that same day. Judge Penny Lawson set his bond at $45,000 and bound him over to the Warren County Grand Jury.

One arrested for embezzlement at Pizza Hut

Jazzlyn Parker, 23 of Vicksburg, was arrested on Friday.

She was charged with embezzlement related to money taken from the Pizza Hut restaurant at 3520 Pemberton Square Blvd. A total of $6,785.25 was missing from bank deposits for which Parker was allegedly responsible.

Appearing before Judge Penny Lawson that same day, Parker received a $5,000 bond and was bound over to the Warren County Grand Jury.

Officers responded to a home in the 100 block of Grange Hall Road regarding a reported burglary on Sunday at 1:47 p.m.

The resident reported someone entered the house and stole several shotguns and rifles, a laptop computer and approximately $400 in coins. The case is currently under investigation.

Hole cut into back of Dollar General building

Officers were dispatched to a business alarm at the Dollar General store at 2203 Clay St. on Tuesday at 3:03 a.m.

At the scene, officers discovered someone had cut a hole in the wall at the rear of the building. The case is currently under investigation.