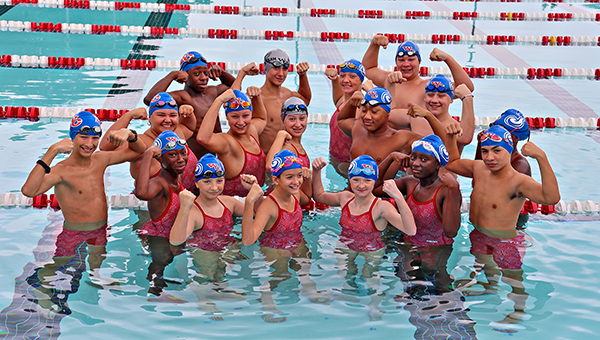 Members of Warren Central's swim team pose at the Splash For Gold swim meet Saturday at City Pool. (Submitted to The Vicksburg Post) 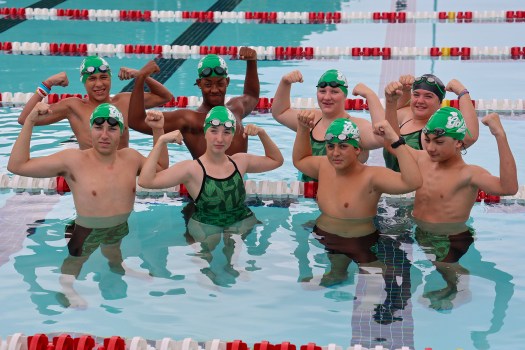 Members of Vicksburg High's swim team flex at the Splash For Gold swim meet Saturday at City Pool. (Submitted to The Vicksburg Post)

Both St. Al swimmers were also on the winning 200 yard medley relay team with Connor Johnston and Matthew Busby.

Warren Central and Vicksburg each had one victory in the boys’ meet. Vicksburg’s Alex Rowe won the 500 yard freestyle with a time of 6 minutes 5.83 seconds.

Although they didn’t get the team title, Vicksburg and Warren Central both had several first-place finishes.

For Warren Central, Avery Greer and Chloe Barnard won two events each. Greer was first in the 100 freestyle, in 1:03.97 and Barnard won the 50 freestyle in 29.43 seconds. Greer also finished seocnd in the 100 backstroke.

Greer and Barnard then teamed with Sydney Cooley and Katie Wallace to win the 400 freestyle relay with a time of 4:42.76.
The Splash For Gold meet was held in honor of Afton Wallace, a former Warren Central swimmer who died of cancer in 2015 at the age of 18.