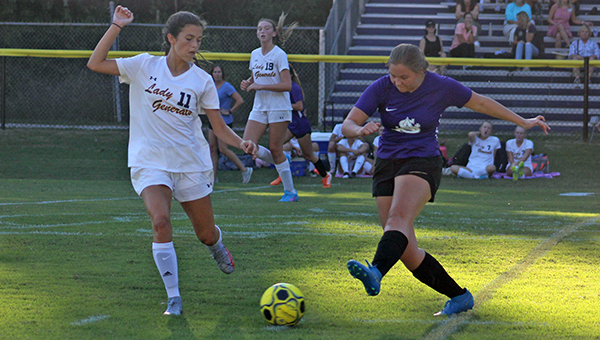 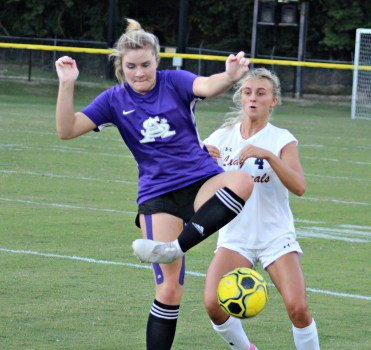 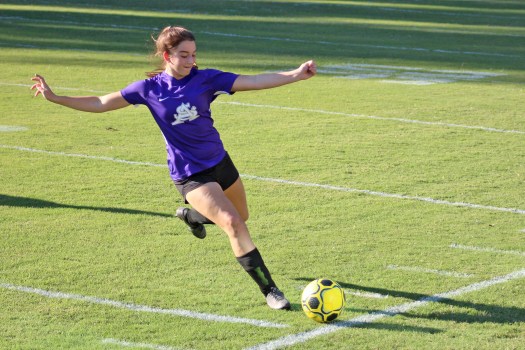 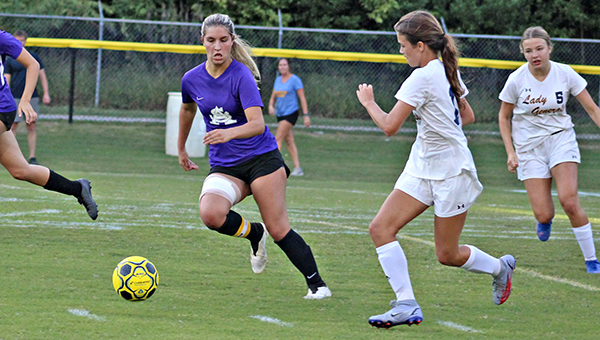 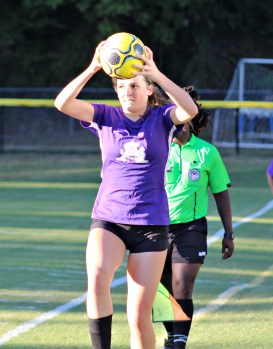 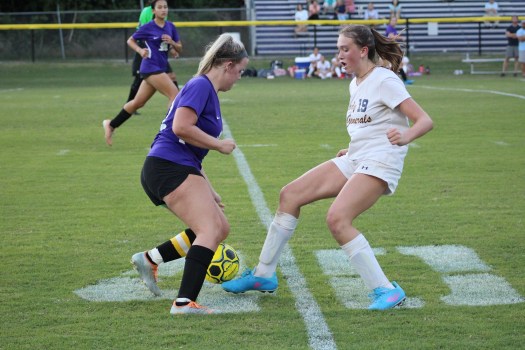 For 80 minutes Tuesday, St. Aloysius and Washington School played to a standoff.

It was 8 seconds that made the difference.

Washington’s Caroline Horn took advantage of a brief defensive lapse to score off a free kick, and the Lady Generals beat St. Al 1-0 in a girls’ soccer match at Farrell Field.

“It was a physical match on both sides. You’re going to have those kinds of matches. But only one play cost us,” St. Al coach Gio Baldizon said. “The other team played it fast. Our backs are facing the ball and the ball goes in the air. You’ve got to turn and face the ball. We didn’t do that. It just took that one play.”

Horn’s goal came in the 54th minute. She took a quick shot while St. Al’s defense was retreating and setting up, and put it past keeper Madelyn Roesch into the left side of the net.

It was the only breakthrough for either offense in a tight defensive game. Washington outshot St. Al 8-3, with Roesch making seven saves and Washington keeper Lela Signa three. Most of the game was played in the midfield, and neither team had long periods of sustained offensive pressure.

“The defense plays great all the time. I think a lot of times, it’s just something in front of that goal on our end,” Baldizon said.

“Every time we’ve played these teams in our district, we play them tough. We just can’t get the goals,” Baldizon said.

The Lady Flashes still have three games remaining this season — against Bayou on Sept. 19, Madison-St. Joseph on Sept. 22 and Pillow Academy on Sept. 26. All three are at home.

Although the playoffs are off the table, Baldizon said the Lady Flashes don’t plan to go quietly into the offseason.

“We’re just going to go out there and give it a swing. You never know,” he said. “Just try to get at least one of the three. If we spoil somebody, that’ll be even better. We’ve got nothing to lose.”