Porter’s Chapel, Ben’s Ford have a lot in common 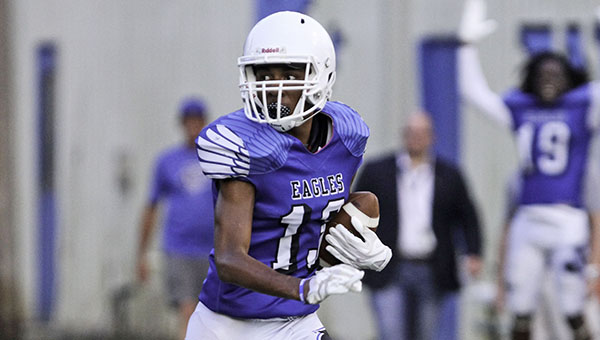 A quirk of the MAIS football schedule gave the two teams six common opponents out of eight games and one against each other. It’ll make them a recurring character when they scout game film all season, and provide a measuring stick for the rest of their respective seasons following Friday’s matchup in Bogalusa, Louisiana.

“It’ll give us a taste of, are we on track to go where we want to go, or are we behind?” PCA coach Blake Purvis said. “We’ve got Prentiss Christian and Wilkinson Christian coming up and they’ve already played them. So we’ll get an idea of where we stand.”

This game is more important than just a data point, though. Ben’s Ford (3-1) and PCA (2-1) are both vying for a berth in the MAIS Class 2A playoffs, and possibly a first-round home game. The winner Friday will get a boost in the MAIS power points rankings that determine seeding.

PCA beat Ben’s Ford 52-6 last season to start a stretch of four wins in five games that helped it earn a home playoff game. Purvis would like to start a similar run this week.

“Right now we’re sitting at the same spot we were last year. We’re looking at two opponents we beat last year, and to be in a better spot we need to repeat that,” Purvis said. “We can’t slide in a game we won last year.”

Ben’s Ford finished 2-7 and did not qualify for the playoffs in 2021, but has already surpassed that win total in 2022. It has won three in a row since dropping the season opener to Class 2A powerhouse Manchester.

Throw in a three-hour road trip to Bogalusa, which is in the northern part of the toe of Louisiana’s boot, and it seems the Eagles might not have the same easy time they did a year ago.

“They’re much improved. They have a good athlete at quarterback, they’re big up front, and they try to run and throw it so we’re going to have to defend on both ends of the field,” Purvis said. “And then we have to handle a long road trip.”

The Eagles might also have to shake off a bit of rust. They had an open date last week and didn’t have to

work too hard in beating Discovery Christian 60-0 the Friday before that.
The last real test was an unpleasant 38-0 loss to Manchester on Aug. 26. Purvis said the bye week helped his team sort out issues on and off the field, as well as make adjustments to the lineup.

Several players have switched positions since the loss to Manchester, so the off week gave them time to work in their new spots.

“I thought we had a good bye week — probably better than I expected, with no opponent to look forward to. We had a good continuation of what we had been doing, and got to work on ourselves,” Purvis said. “The defense, even against Manchester, has played pretty well. Last week was good, and hopefully we can change gears to an opponent this week.”