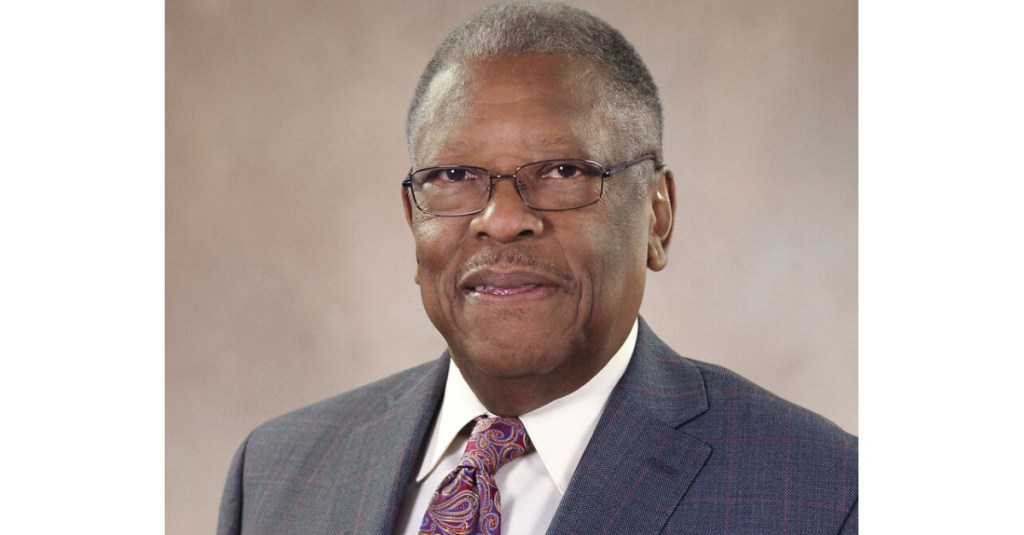 Mississippi’s Central District Transportation Commissioner, Willie Simmons, laid out a road map of upcoming highway projects in the Vicksburg area to the Warren County Board of Supervisors during a work session on Monday.

Simmons presented several projects in the Warren County area to be completed over the next five years as part of $926 million in federal funds that will be received by the state during that time. This includes approximately $200 million that is budgeted in the Central District for the current fiscal year, from sources including the American Rescue Plan, the Mississippi Used Tax Diversion, state lottery funds, Emergency Road and Bridge Funding (ERBF), LPA projects, State Aid and TAP grants.

Simmons said Fiscal Year 2023 has the largest budget the Mississippi Department of Transportation has ever received.

“One area the state legislature gave us money in was the ERBF, the Emergency Bridges and Roads Fund, which was very useful because all that money came to counties like yours,” Simmons said to the board. “We received $30 million in match money and another $45 million for what we call maintenance. And then we received another $35 million for capacity projects. That money has all fallen into the budget to give us a total of about $1.4 billion.

“It’s going to give us an opportunity to continue to do paving projects, because we’re still receiving the lottery money that we get about $80 million a year from,” he added.

One area where residents can already see improvements in is U.S. 61 North between Leland and Vicksburg. Funded through the state lottery, the paving project is almost complete, aside from the area around Redwood in Warren County and a section in Sharkey County. Another area Simmons highlighted was the paving and overlaying along Interstate 20 between Warren County and Hinds County.

Old U.S. 80 is another area in need of paving and overlay work, he said, which is estimated to cost $1.3 million. Paving on U.S. 61 North and South in Warren County will take $5.2 million to complete.

Another proposed project Simmons revealed is the replacement of the Visitor’s Center in Vicksburg, which overlooks the Mississippi River and the Old Highway 80 Bridge. The Vicksburg visitor’s center is one of only two in the state currently slated for a remodel.

“We want to put you a totally new visitors center where that visitor center is located, which will be good for the state as well as for this particular area,” Simmons said.

In addition, Simmons said improvements are anticipated for the following areas over the next two years: the Interstate 20 bridge and two projects on Interstate 20 and Highway 465, for a total of approximately $18 million.

But the areas of highest concern, he said, were interchanges on Interstate 20 in Warren County and the need to widen Highway 27.

Those projects will be completed in the current fiscal year, Simmons said. He described those areas as “some of the worst.”

“Your interchange system on Interstate 20 is probably the worst in the country. It’s very unsafe,” Simmons said. “We’re talking about the interchange of I-20, Highway 27 and 61, and then you go to Clay Street, and especially when you get down to 61 South. If you’re trying to come off of 61 South coming north and get on I-20 and get on Washington Street, it’s a nightmare.”

The first interchanges set for improvements are at Mississippi Highway 27 and U.S. 61.

Simmons said his office has already begun a conversation with the federal government and Neel-Schaffer Engineering for designs and plans on the project, adding that they’re “moving as fast as we can.”

“That’s all integrated and for the town, that spot that goes across there is the spot that goes to the hospital,” Holland said. “That is the regional connection up north to 61 and people have a great opportunity to get run over there every day, too. The problem with redesigning 27, the Utica exit by itself, is whatever you do there structurally is going to constrain whatever you can ultimately do for that redesign on 61 North.”

Holland also pointed out that the Interstate 20 interchanges have been priorities “for a while,” but inquired as to when the projects would be completed, how much they would cost in full and where the funding was coming from.

Simmons provided an explanation, adding that the projects on Interstate 20 and Highway 27 were estimated to cost a combined $1.5 billion. Not only that, he said Highway 27 is the most unsafe highway in the system.

“Interstate 20, if we do all the changes and improvements and add a lane coming out of Vicksburg going east, which is needed at this point based on the projected growth in population, we’ll spend $900 million just on that part of it,” Simmons said. “Then we’ll get into Highway 27, which is the most unsafe highway we have in the system, and we ourselves have looked at it years ago and indicated that because of the low shoulders, the curves in it, and the system has added the 18-wheeler traffic.

“When you combine the 18-wheelers, the log trucks, the buses, that’s a disaster waiting to happen,” he continued. “That section of highway is going to cost, if we’re talking about four-laning and widening it, about $350 million. So here, in this area, with the 61 and your interchanges over 20 and 27, you’re talking about $1.5 billion for the two of them.”

Simmons explained that the projects will indeed be moving forward beginning this year thanks to their addition to the state’s “three-year plan,” meaning they are on the books and closer to being shovel-ready as soon as funds are officially allocated.

“In the past, we just kind of talked about that it needs to be done. What we’re doing now is that we’re phasing those projects into our three-year plan,” Simmons said. “The three-year plan is what triggers what we do. It also sends a message to the legislation and to the federal government that Mississippi’s commissioners are having their three-year plans to do these kinds of things and it helps us get them shovel-ready.”

District 2 Supervisor William Banks pointed out the need for work on Highway 27, especially improvements near Warren Central High School. He said that project has been needed for quite some time.

“Right after an accident on Highway 27 with that log truck and the school bus, coming out of Warren Central, that’s when they were really after it,” Banks said. “After that, it died off. At one time, I could see the markers where they had marked off the highway.”

Simmons said the area was identified as in need of improvements as long as 15 years ago, but now it is officially phased into the three-year plan and residents should expect some improvements in the coming months.