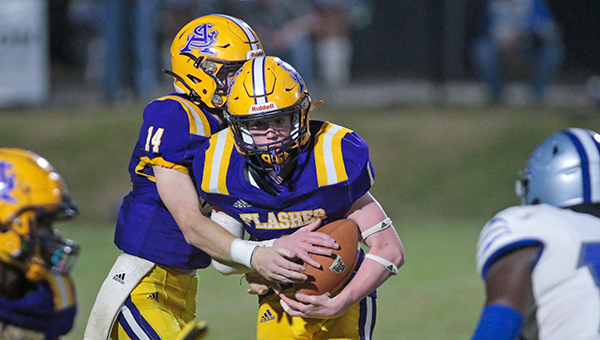 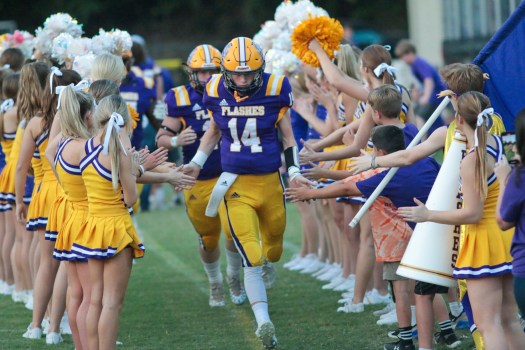 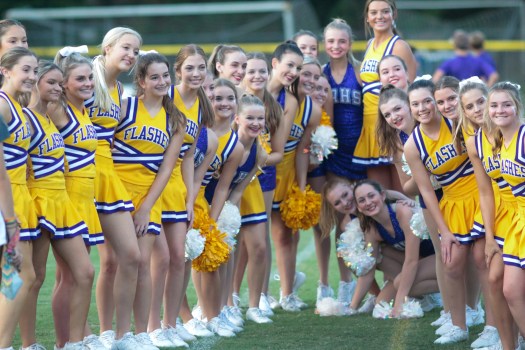 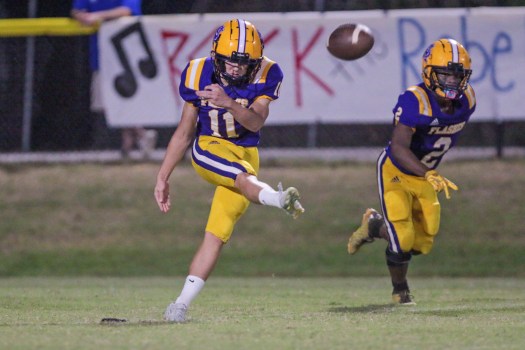 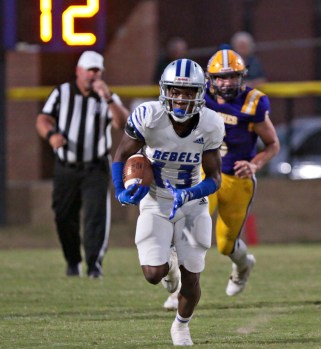 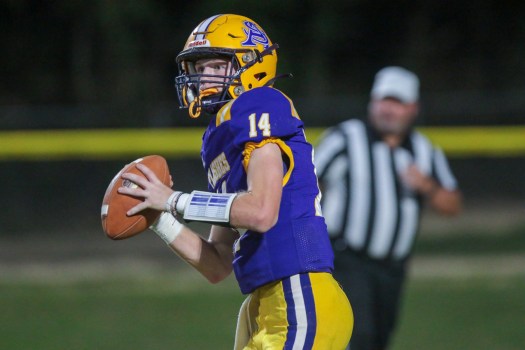 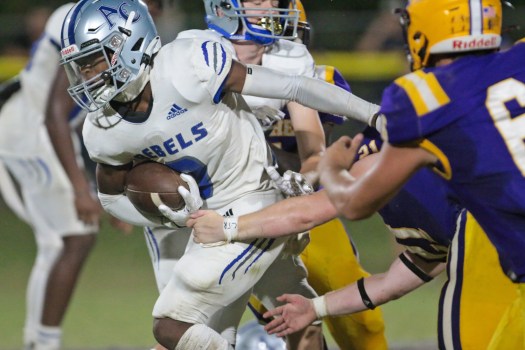 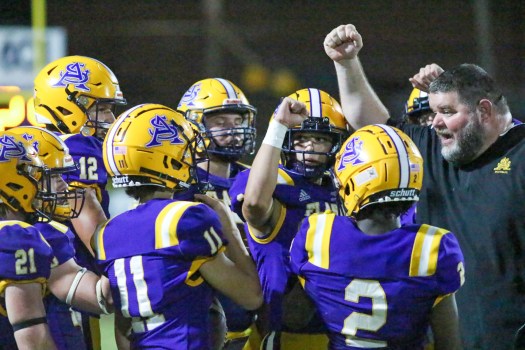 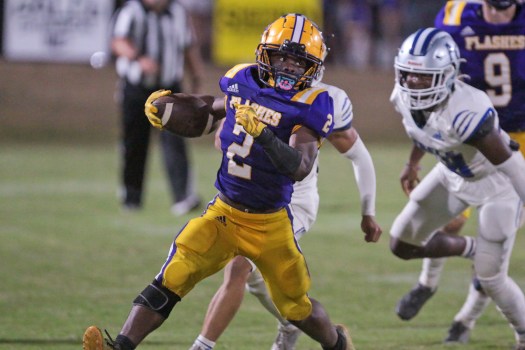 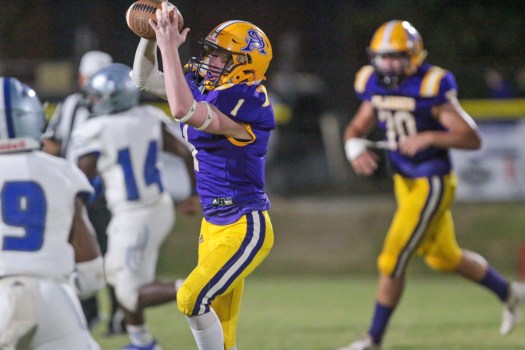 For a quarter and a half, St. Aloysius had all the elements of a monumental upset working in its favor.

A spirited effort on their part. A sluggish one by their opponent. A handful of odd bounces and lucky breaks that went their way.

And then, in a minute, it all fell apart.

Adams County Christian School scored 16 points in a span of 48 seconds midway through the second quarter, added another touchdown before halftime, and went on to beat St. Al 37-8 on Friday night.

“St. Al played extremely hard. We’re not taking anything away from them. We had an up-and-down week of practice and I knew we were going to start out sluggish and we did. We were not at our sharpest and they kept the ball from us and had some good things going,” ACCS coach David King said. “We were not sound, and we had a little attitude adjustment over there like you kind of have to do sometimes to teenagers. They responded extremely well.”

For a large chunk of the first half, however, he and the Rebels were stymied on offense. Three straight penalties on the opening series forced a punt instead of a try on fourth-and-10 in St. Al territory. An interception ended the second drive and a punt ended the third.

In all, ACCS had only three first downs and one turnover on its first three possessions, which kept the game scoreless until midway through the second quarter.

“I think it was a lot of (St. Al) being emotionally up for it, and they did a good job,” King said. “They took away some things that we had been doing well. We had to adjust a little bit, and we did.”

Finally, one mistake by St. Al (1-4, 0-2) caused its carefully crafted Jenga tower to come crashing down.
The Flashes fumbled at their own 37 and — after ACCS converted on fourth down — Carter scored on an 11-yard run to put ACCS ahead 7-0 with 5:33 remaining.

Two plays later, St. Al quarterback John David Liggett was called for intentional grounding in the end zone as he tried to avoid a sack, resulting in a safety.

ACCS’ Jordan Berry returned the ensuing free kick 54 yards to the St. Al 6-yard line, and on the next play from scrimmage Carter hit Riley Roach for a touchdown. The PAT made it 16-0 with 4:45 to go.

Carter added a 29-yard touchdown pass to Connor Aplin with 1:49 remaining to make it 23-0 at halftime. The sudden surge was deflating for a St. Al team that had done everything right up until that point.

“They went from being amped up, pumped up and ready to go, to we’re down 16-0 and here we go again,” St. Al coach Bubba Nettles said.

Carter threw a 78-yard touchdown pass to Danlavious Stanley and a 7-yarder to Roach in the third quarter to push the Rebels’ lead to 37-0.

St. Al, which finished with 67 total yards, did not score until there was a minute left in the game when Thompson Fortenberry scored on a 9-yard run. Liggett ran in the two-point conversion for the final 37-8 margin.

Fortenberry finished with 46 rushing yards and the one touchdown on 12 carries. Jax Oglesby had two sacks for St. Al’s defense, and Padre Gray had an interception.

Nettles said he was proud of the effort from his team, but that the Flashes were simply outmanned as injuries have mounted during the first half of the season. An initial roster of 31 players has been cut to about 20, forcing several freshmen and sophomores into key roles.

“Depth issues. Running out of gas. We lost another (player) tonight who is the heart and soul of our team, (offensive lineman) Mason Watts. It’s frustrating for these kids. They’re battling,” Nettles said. “We went from having three or four seniors and one junior on the offensive line, to tonight we had three sophomores, a freshman and a junior. It’s bad in terms of the injuries we’ve had, unfortunately. But these kids are continuing to fight and I couldn’t be more proud of them.”