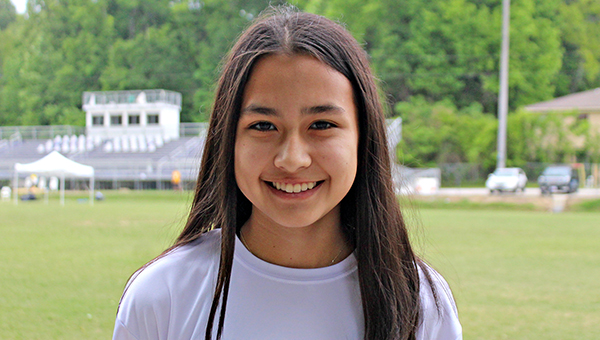 Edwards, a sophomore and the defending MAIS Class 5A champion, won her second meet of the season by clocking a time of 21 minutes, 4 seconds in the girls’ 5-kilometer run at Warren Central’s Valhalla Invitational on Saturday.

It was the third meet in a row that either Edwards or her teammate, Hendrix Eldridge, have finished first in. Eldridge was third on Saturday, in 21:10, as part of a close finish among the top three runners.  Edwards, Eldridge and runner-up Evelyn Mata-O’Dwyer of Clinton were separated by just six seconds. Mata-O’Dwyer posted a time of 21:08.

Mata-O’Dwyer was the first of four Clinton runners to finish in the top 10, giving the Lady Arrows the team title with 46 points. Brookhaven was second, with 58 points, and was followed by St. Andrew’s with 61 and St. Al with 86.

In the boys’ 5K, Clinton’s Miguel Bankston clocked a time of 17:26 to easily win the individual title, and the Arrows also claimed the team title by taking four of the top five spots.

Warren Central’s Matthew Brewer finished 11th, to follow up a strong fifth-place showing in his previous meet. Brewer had a time of 19:04.

Holt Pownall finished 30th and Aiden Dickerson 32nd for the Vikings. Both are freshmen.

Dalton Windham was St. Al’s top runner, with a time of 19:58 that was good for 19th place. Walker Lambiotte finished 22nd.

Khalib Miinor was Vicksburg High’s top finisher, in 70th place out of 99 runners.