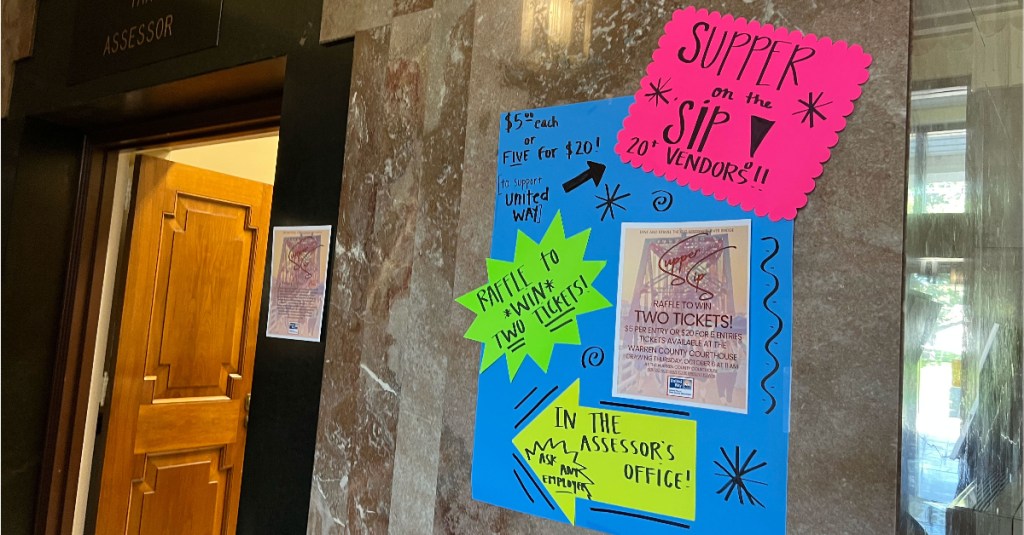 The Warren County Tax Assessor's office is one of three locations in the Warren County Courthouse where residents can purchase raffle tickets for the chance to win tickets to Supper on the Sip. (Photo by Anna Guizerix)

Those who missed the chance to get Supper on the Sip tickets before they sold out have one more shot at attending the event, thanks to the offices of the Warren County Chancery Clerk, Circuit Clerk and Tax Assessor.

Anyone in the county can join in on this effort, Hardy added, explaining that all proceeds will benefit United Way of West Central Mississippi, which hosts the Supper on the Sip event.

There will be two separate raffles, one for buyers of raffle tickets and one for those who sell them. Both raffle winners will receive two tickets each.

Each raffle ticket is $5 for one ticket or five tickets for $20.

Supper on the Sip is slated for Oct. 13 at the Old Highway 80 bridge across the Mississippi River. The United Way announced less than 30 hours after tickets went on sale on Sept. 1 that the event was sold out, making the county’s raffle one of the very few remaining opportunities to attend the event.