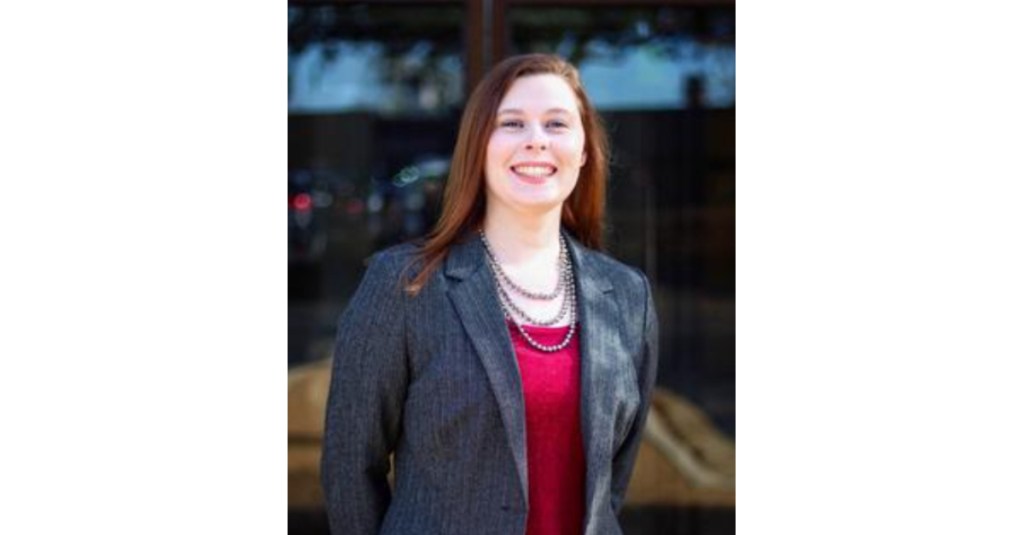 Mutual Credit Union announced this week the promotion of Jessica Hearn to Branch Manager of e-Services.

Jessica began her career at Mutual on June 2, 2014, as a teller at the Cherry Street branch of MCU. She was promoted to financial services representative at the Clay Street branch in 2016 and then became the inaugural member of MCU’s e-Services team in  2019.

In 2021, Hearn was named Supervisor of e-Services and now in 2022, she will be Branch Manager of the department. According to a release from Mutual Credit Union, Hearn is widely involved as a leader in the credit union world and in Vicksburg, having completed MSCUA’s LEAD program, and she is currently involved in Leadership Vicksburg.

“E-Services has been a  hugely important part of Mutual’s efforts to meet our member’s financial needs despite their location,” said Michael Mathews, President of Mutual Credit Union. “Jessica has done a phenomenal job at this from the  beginning, and we are proud to promote her to Branch Manager of this department.”

Mutual Credit Union is a multi-branch financial institution that services the following counties: Warren, Hinds, Yazoo,  Issaquena, Sharkey, Claiborne and Copiah in Mississippi as well as Lowndes County, Miss. and Pickens County, Ala.