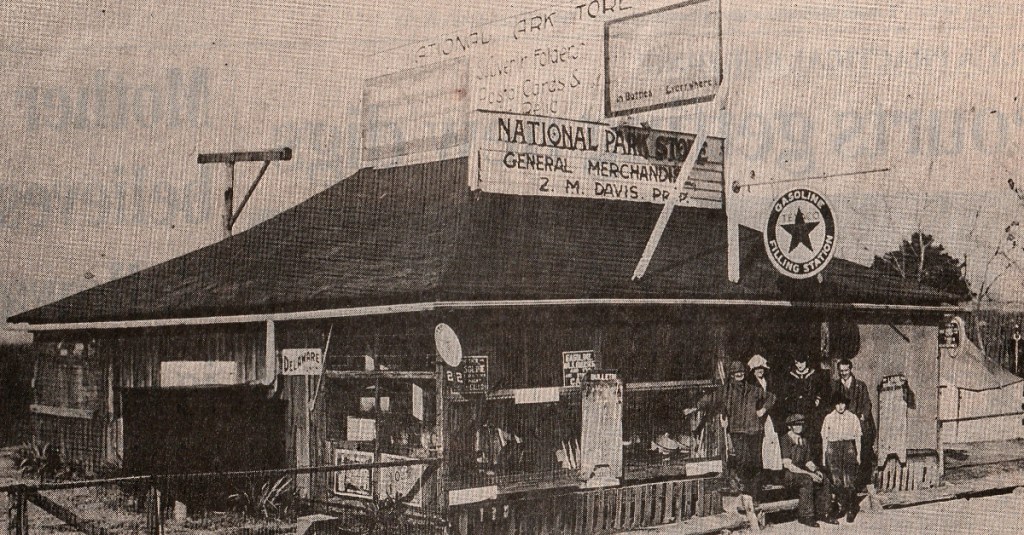 Zack and Alivia Davis owned this store located in the National Military Park on Old Jackson Road as early as 1916.

Zack was a foreman at P.O. Williams Company and was active in the Woodmen of the World. In March 1916, The Vicksburg Post reported that Davis “has a nice display of seed corn in the show window of Wright Brothers. The corn includes varieties of Postell, Batts, Mosby and New Madrid, is hand picked, and good results will be had by those who use the carefully selected seed.”

Alivia was far more involved in community associations. In 1905, she was in charge of a lyceum lecture course. The Vicksburg Herald reported that “Mrs. Z.M. Davis has the exclusive management. She is a lady of unusual executive ability and promises to make a great success of the work.”

She was also the president of the Epworth League in 1907 and was the superintendent of the Women’s Christian Temperance Union in 1913. Founded in 1889, the Epworth League was a Methodist young adult association for people aged 18 to 35. Its purpose was the promotion of intelligent and vital piety among the young people of the church and to encourage and cultivate Christ-centered character in young adults around the world through community building, missions and spiritual growth.

An article in The Post reported that the Temperance Union had “installed a ‘perfection’ public drinking cup at the drinking fountain located at the corner of Clay and Washington streets, making the fountain thoroughly sanitary, and eliminating the endless expense of providing individual drinking cups that were used in the last year. The drinking fountain is being iced daily and those who forget to carry their own cups will find the sanitary cup a great comfort.  Mrs. Z.M. Davis is Superintendent.”