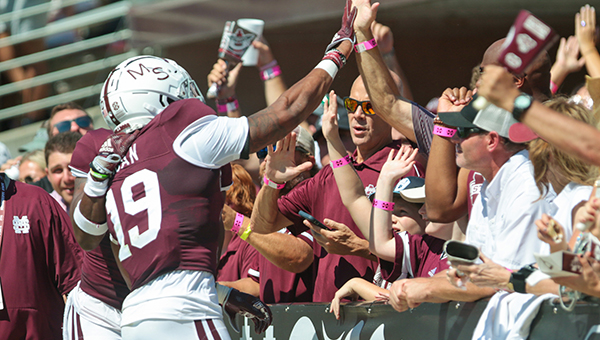 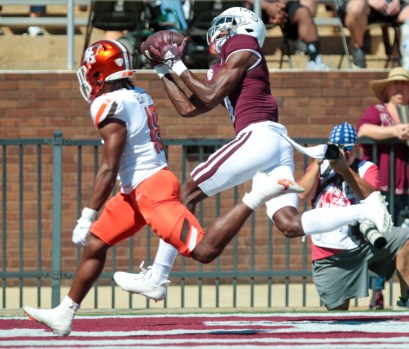 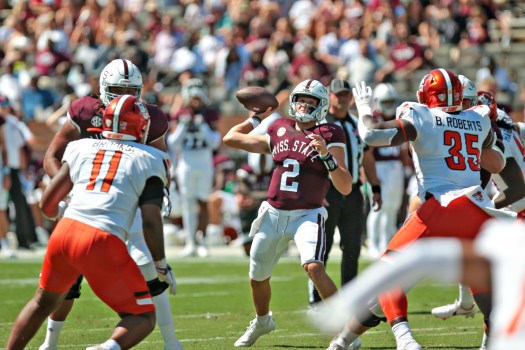 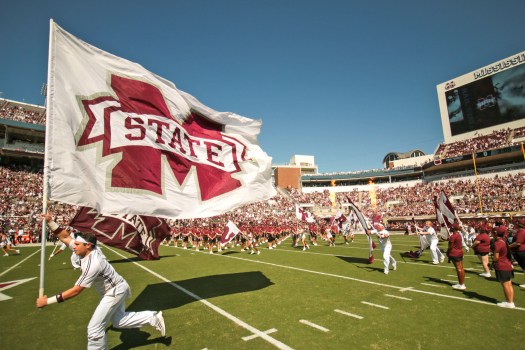 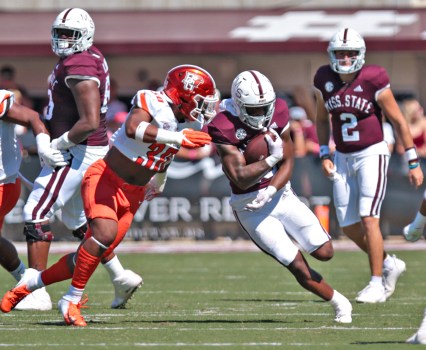 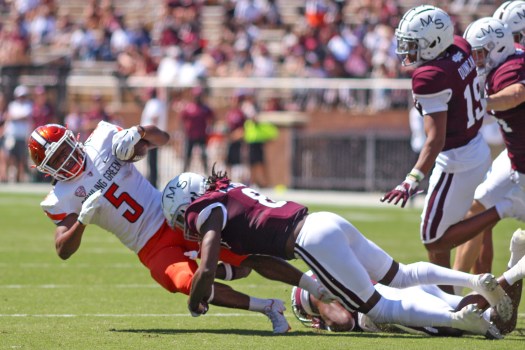 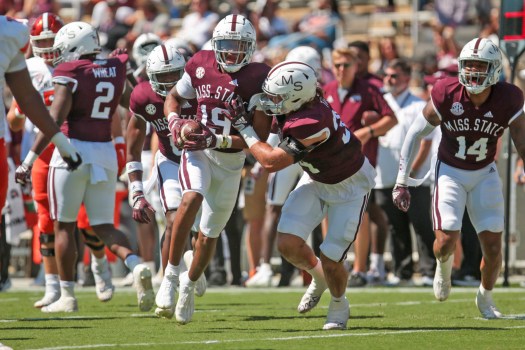 STARKVILLE (AP) — An overmatched opponent was just the thing Mississippi State needed to clear its head and get back on the right track.

Will Rogers threw for 409 yards and tied a school record with six touchdown passes on Saturday as Mississippi State bounced back from a loss with a 45-14 win over Bowling Green. Rogers tied his own school record for touchdowns set last season against Auburn.

“I think it’s a good game for everybody,” Rogers said. “I think we bounced back well from what we did last week. I think it was key that we came out and started fast. I still think there are some things that we can work on so we need to be perfect in everything that we do.”

After having a more balanced attack than normal for most of the first two games, the Air Raid returned for Mike Leach’s team against the Falcons. Rogers was 38-of-49 passing, and completed passes to 12 receivers.

It was the third time this season Rogers completed at least 78 percent of his passes. He also reached 400 yards for the seventh time in his three seasons.

Caleb Ducking had seven catches for a career-high 96 yards and two touchdowns for the Bulldogs (3-1). Lideatrick “Tulu” Griffin had five catches for 54 yards and a touchdown, and added another 70 yards on two kick returns.

One of the keys to the offense on Saturday was an increase in pace. MSU has been known for winning time of possession more often than not under Leach. On Saturday, Bowling Green won that stat 32:48 to 27:12, but Mississippi State had five of its six touchdown drives at 2:30 or faster.

“I thought it was the best tempo we’ve had this year and maybe since I’ve been here,” Leach said. “We still have a ways to go, but we’re getting better at it.”

Bowling Green was without starting quarterback Matt McDonald, who was out for an unspecified reason. In his place, Camden Orth went 17-of-28 for 172 yards, two touchdowns and an interception. The Falcons (1-3) were outgained 462-246 and had just 45 rushing yards.

Nathaniel Watson led the Mississippi State defense with 10 tackles. The MSU defense surrendered a couple of touchdown drives, including a 97-yard march in the first half.

“Obviously, not the outcome that we wanted by any means, but they played hard,” Bowling Green acting coach Steve Morrison said. “The way we look at it, we’re moving forward and our season starts with our MAC conference schedule. That’s what we’re gearing 100 percent towards.”