Rebels hang on against Tulsa, improve to 4-0 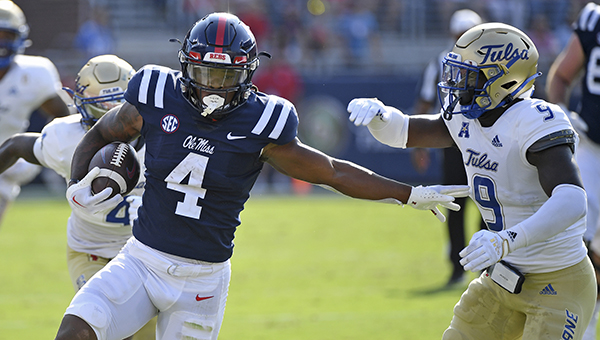 OXFORD (AP) — Although consistency for four quarters continues to be a top priority for No. 16 Ole Miss, the Rebels relied on a 28-point outburst in the second quarter to beat Tulsa on Saturday.

Jaxson Dart and Quinshon Judkins accounted for four touchdowns in the big quarter as Ole Miss rallied from an early deficit to beat Tulsa 35-27.

“We harp on consistency and we really executed at a high level in the second quarter,” Dart said.

Ole Miss (4-0) trailed for the first time this season, 14-7, before Dart threw 31-yard touchdown passes to Malik Heath and Jonathan Mingo, and Judkins had scoring runs of 1 and 4 yards.

The lack of consistency was not lost on Ole Miss coach Lane Kiffin, who preferred to focus on the positive outcome despite a scoreless second half and a late Tulsa charge. The Golden Hurricane (2-2) scored the last 13 points of the game and cut the deficit to one score early in the fourth quarter, but couldn’t get closer.

“The bottom line is we are 4-0 and that’s the best you can be,” Kiffin said. “It’s a lot better than being 2-2 which is what a lot of people around the country are right now.”

The Rebels had 462 yards of total offense, including 308 rushing yards on 51 carries — highlighted by 140 yards on 27 carries by Judkins.

“We’re a talented team but we’ve got to make the next step in consistency because in the second half, we shot ourselves in the foot,” Dart said.

Tulsa quarterback Davis Brin threw a 20-yard touchdown pass to Isaiah Epps and added a 1-yard touchdown run. Brin was 7-of-13 passing for 112 yards before exiting with a lower body injury in the second quarter. However, he remained on the sideline in uniform in the second half. Before Brin was injured, he led scoring drives of 87 and 75 yards.

“I thought we played a full 60-minute game,” Tulsa coach Philip Montgomery said. “I’m really proud of our players and our running game was better, but we’ve still got room to grow.”

Braylon Braxton replaced Brin to finish 9-of-22 passing for 83 yards, including a 17-yard touchdown to Epps to pull Tulsa to 35-27 with 14:38 left in the fourth quarter. The Golden Hurricane, despite 457 yards of total offense, did not cross midfield on their final three possessions.

“The defense stopped them on the last few drives and that was big,” Kiffin said. “But we got shut out in the second half on offense and it’s clear we’ve got a lot of work to do.” 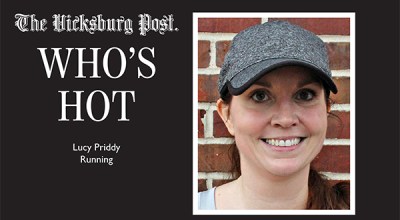