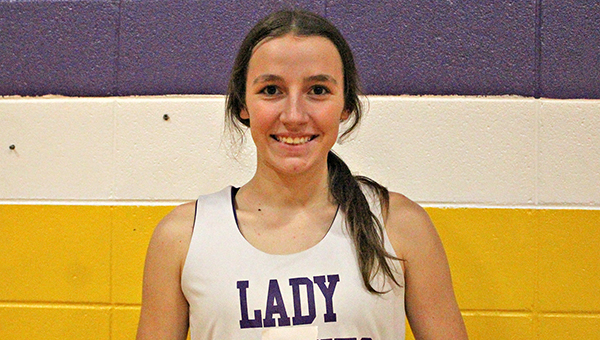 St. Aloysius swimmer Emily Cook won three events  — the 50 and 100 yard freestyles, and the 200 yard freestyle relay — Saturday at the VWSD Rumble on the River meet at City Pool.

St. Aloysius’ girls’ swim team tuned up for its biggest meet of the season by winning one in its backyard.

Emily Cook won three events and Katelyn Clark won two to lead the Lady Flashes to the girls’ team championship at the VWSD Rumble on the River meet Saturday at City Pool.

St. Al totaled 43 points to edge out Clinton, which had 38. Newton County was third in the team standings, with 28 points, followed by Warren Central with 24 and Vicksburg High with 12.

St. Al will compete in the MAIS Overall Swim Meet — the association’s state championship — Wednesday at 10 a.m. at The Courthouse in Flowood.

Clinton totaled 56 points, while Warren Central had 48. Vicksburg and Newton County tied for third with 22, and St. Al had nine while competing with a limited roster ahead of its state meet.