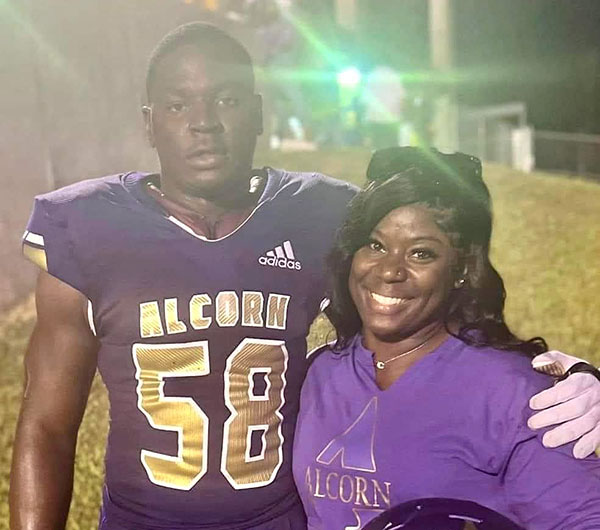 The mother and sister of an Alcorn State football player were among the four people killed in a head-on collision Saturday night.

Kamille H. Smith of Cleveland, 43, and 16-year-old Kirstin A. Lucas were the mother and sister of Alcorn State defensive lineman Tyler Smith. They were heading home from Saturday’s game against Arkansas-Pine Bluff in Lorman when the wreck occurred at the Warren-Issaquena county line on U.S. 61 North.

The crash remains under investigation by the Mississippi Highway Patrol.

“There are no words to express the sadness that we feel in each of our hearts as an entire university at this moment because as Braves, when one of us mourns, then we ALL mourn together,” said Alcorn Director of Athletics Raynoid Dedeaux. “Not only will we offer unconditional spiritual support as a university to Tyler and his family, but we will also be offering counseling for the team and those close to Tyler, in trying to deal with this tragedy.”

Alcorn said in its statement that, per NCAA rules, no gifts or donations for Tyler Smith can be sent to the university or its Department of Athletics.

A Go Fund Me account separate from the university has been set up to help the family, and has generated more than 800 donations totaling more than $45,000.

“The biggest thing is, we want the family to know they’re not alone,” Alcorn football head coach Fred McNair said. “We are a family, and we will be here for this young man — today, tomorrow and the next day. We don’t just say, ‘As Braves … together we rise,’ we mean it.”