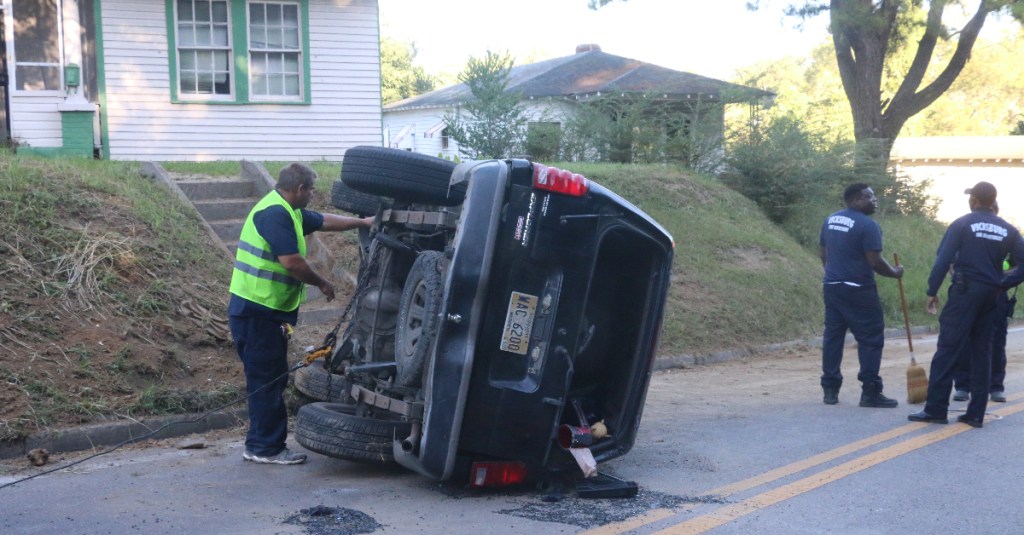 Two motor vehicle accidents took place Wednesday on busy thoroughfares in Vicksburg: one on Hall’s Ferry Road at Bowmar Avenue and the other on U.S. 61 South near Pemberton Square Boulevard.

The accident took place at approximately 8:15 p.m. just before the Bowmar Avenue intersection. Vicksburg Police Department and EMS personnel were on the scene, as well as city of Vicksburg road department employees.

“She was traveling down (the hill), possibly fell asleep behind the wheel and ended up going to the side where it impacted and flipped over,” VPD Officer Carlton Phillips said at the scene. “She’s lucky she wasn’t hurt.”

The woman was transported from the scene via private vehicle.

At 12:25 p.m. on Wednesday, Vicksburg police officers and Vicksburg Fire Department personnel were dispatched to the area of U.S. 61 South near the intersection with Pemberton Square Boulevard for a motor vehicle crash involving three vehicles.

The driver of one vehicle was airlifted to the University of Mississippi Medical Center, while another driver was taken by ambulance to Merit Health River Region.

According to VPD, the condition of the persons injured in the accident is not known at this time. Additional information will be released when available.