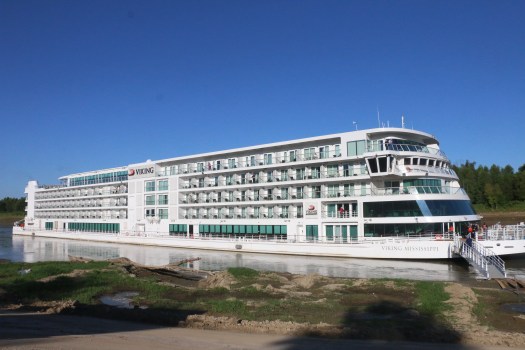 Viking Mississippi makes its first stop in Vicksburg on Wednesday at the city waterfront. (Photo by Terri Cowart Frazier) 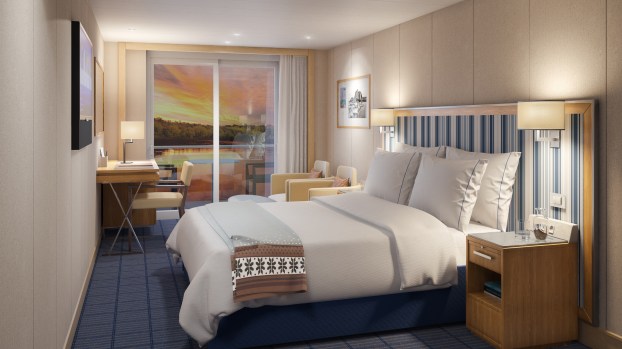 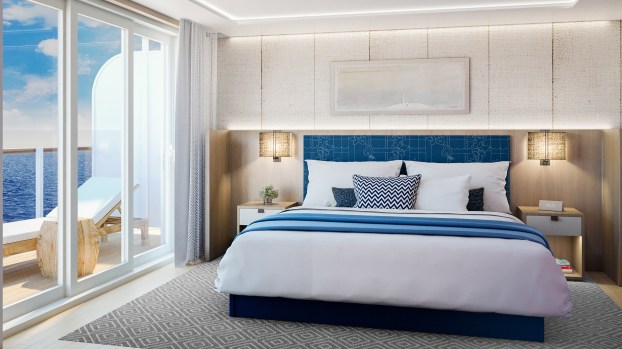 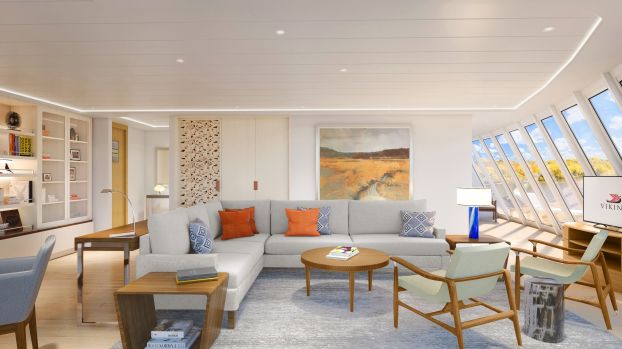 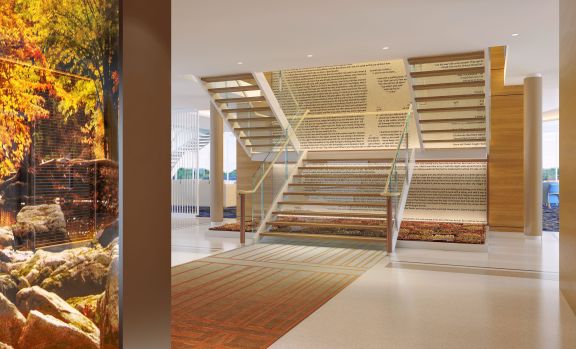 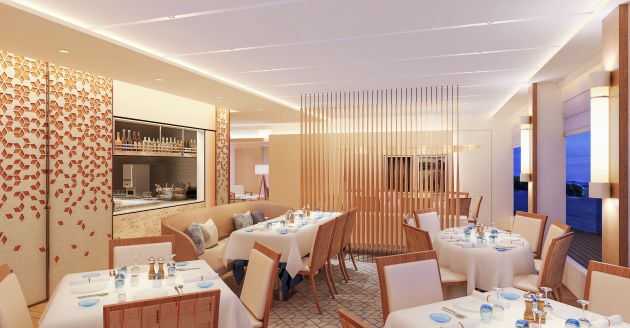 Rendering of the Viking Mississippi - Restaurant. (Photo courtesy of Viking) 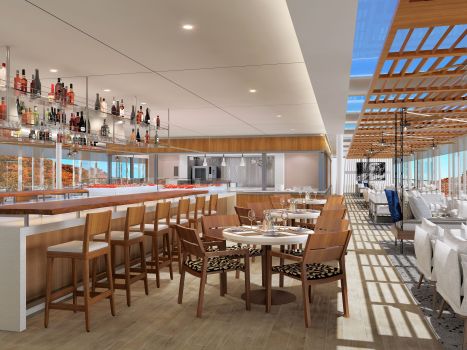 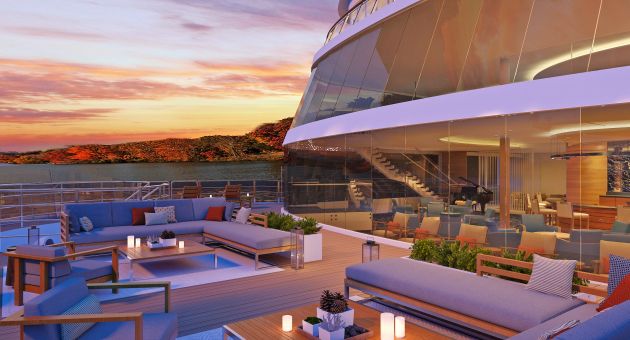 Gary Bergin walked off the Viking Mississippi and climbed the staircase leading to the Vicksburg Riverfront Grove Street entrance to be greeted by a banner saying, “Welcome to Vicksburg,” a greeting repeated by Ward 2 Alderman Alex Monsour.

Bergin, from Toronto Canada, boarded the Viking Mississippi at St.Paul Minn., to ride the cruise boat down to New Orleans.

“This has been a good trip,” he said. “I’m here to enjoy American history.”

Bergin was among the 230 passengers on the Viking Mississippi, which after months of speculation and anticipation made its inaugural visit to Vicksburg on Wednesday.

The cruise boat arrived in Vicksburg early Wednesday morning, but unspecified problems with dropping the boat’s stage, or prow, delayed the boat’s first docking at the riverfront until about noon. Vicksburg Convention and Visitors Bureau Executive Director Laura Beth Strickland said the Viking Mississippi would spend the day in Vicksburg before leaving and going south. It will return next week, she said.

“It’s a great day; a great day for it,” Mayor George Flaggs Jr. said as he watched the boat maneuver along the riverfront. “It’s unfortunate that we didn’t prepare (for the arrival) like we should have, but I think we’ve got it worked out. I think we’re in good shape.”

“This is great. We’re so excited there are 230 passengers today and we can’t wait to get them out and show them all the sights of Vicksburg,” Strickland said. “We’ve got a lot of great tours set up for them today where they can do a little shopping and experience Vicksburg.”

“We’ve been anticipating it; we were waiting on it. I think it’s a great day for them and a great day for the city of Vicksburg,” Flaggs said. “What we have to do now is continue to work together, collaborate and accommodate all this. This is a growing pain. This is economic development.”

Established in 1997 by a Scandinavian and Dutch consortium, Viking Cruises is a global corporation headquartered in the United States with its main operational headquarters in Basel, Switzerland.

The company currently offers cruises along rivers in Europe, Russia, China, Southeast Asia and Egypt, and in 2013 began ocean cruises. Its river cruise division is the world’s largest river cruise line, according to the company.

Viking in April 2020 announced it would begin Mississippi river cruises in August 2022 and in November 2020 leased a 600-foot section of Vicksburg’s riverfront along the Yazoo Diversion Canal to build a facility for its cruise boats.

The Board of Mayor and Aldermen approved a 20-year ground lease with Viking USA LLC at a rate of $1 per passenger to use the site, which is located behind the Yazoo & Mississippi Valley Railroad Depot on Levee Street and goes north. Viking will build the dock.

Viking in May subleased riverfront docking space from American Cruise Lines because its own docking area was not ready for its boat. Viking later moved the Viking Mississippi to Minnesota and on Sept. 4 had its first Mississippi cruise from St. Paul, Minn., to St. Louis, Mo.