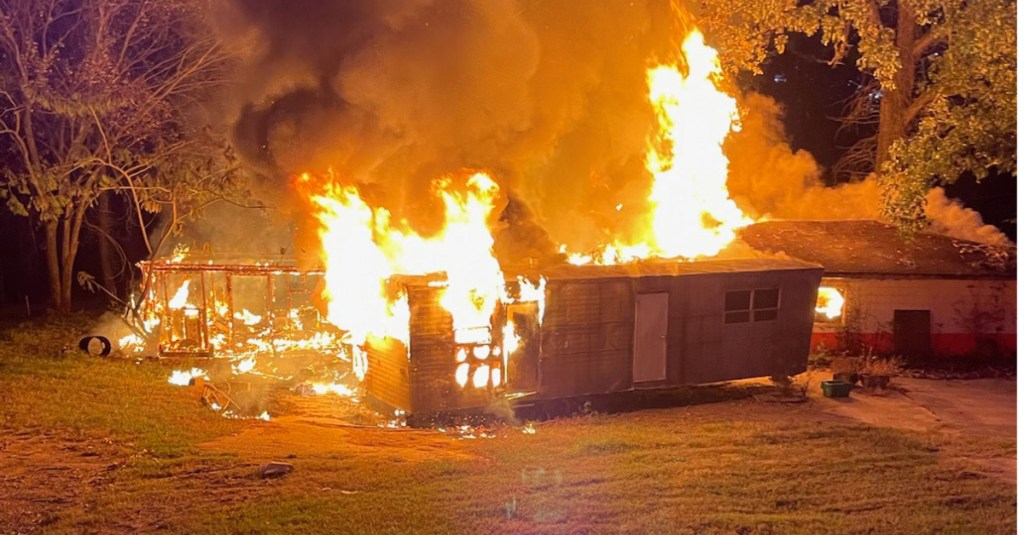 Flames burst through the roof of a building on fire on Jeff Davis Road. No one was injured and the fire is under investigation. (Photo by Nick Davies)

A Thursday evening fire destroyed an abandoned store and travel trailer in the 1700 block of Jeff Davis Road.

The fire is under investigation and no injuries were reported.