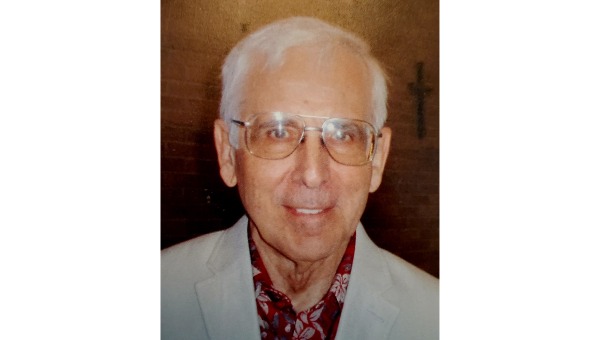 Dan was the ultimate straight shooter, not only as LSU’s Pistol & Rifle Club president and later target shooting, but in his approach to life. Dan’s lifetime goal was to serve and protect his family and his country. (“family is everything”). He is sadly missed by all who were lucky enough to know him well.

As a member of LSU’s ROTC, he graduated from OCS with honors and joined the United States Army Reserve from 1957 to 1987, retiring from service as Colonel, U.S. Army Corps of Engineers. Comments from efficiency reports, “Initiative, knowledge, managerial finesse, intense dedication, proficiency, objectivity and thoroughness,” 1977; “…a leader, a manager, and a professional in every respect. His expertise in the fields of military topography and engineer intelligence is recognized throughout the Army…constantly called upon to contribute in policy decisions affecting the overall Engineer Intelligence Programs…one of the most competent staff officers I know of,” 1981. During his years with the 412th Engineer Brigade, he earned the “General John Pershing Award,” (Distinguished Graduate), U.S. Army Command & General Staff College, No. 1 in a class of 7000. He also earned the “Army Commendation Medal” and two “Meritorious Service Awards.” After 5 years as Assistant Chief of Staff Intelligence for the 412th, he transferred as Colonel to Special Assistant for Mobilization and Reserve Affairs, Hg., Defense Mapping Agency. There he wrote the basic plan for DMA mobilization, the first in the history of the Agency. “Demonstrates great potential for major operational planning at the highest level during mobilization and in wartime.”

United States Corps of Engineers 1969 – 2000: Geophysicist: Specialities: Seismology and Demolitions. (highest level achieved: Geophysicist, GM-14). “I received the “U.S. Army R&D Achievement Award” for my exploding-pipe anti-tank ditching project in this area, and coordinated with AMC and TRADOC in the development of Engineer demolitions.” He also received letters of commendation from the commanding general of the Corps of Engineers. “During late April in 2011, my wife called me to see the broadcast announcing that as a part of the 2011 Mississippi River Flood Fight, the U.S. Army Corps of Engineers were planning to explosively operate the very large Birds Point-New Madrid Floodway. That operation on May 2, 2011, met all requirements and was a total success. Based on research for the exploding-pipe anti-tank ditching project, I designed the explosive array for this floodway in the year 1985 for the Lower Mississippi River Division of USACE, more than 25 years before it had to be used! It was profoundly satisfying to me that my military engineering project led directly into a civil engineering project that helped protect so many fellow Americans.” A visitor from Greenville to St. Alban’s in 2012 said, “I walked downtown everyday to check the water levels. On May 2, the water was just about to overtop the levee, but as soon as Bird’s Point was opened we could see the water going down. It saved Greenville.” Printed in Discover Magazine April 2012 and written by Major General Michael Walsh, who had the responsibility for opening the Bird’s Point, Missouri Floodway as well as later openings of the Bonnet Carre and Morganza Spillways, “If we hadn’t operated these spillways we would have lost the levees downstream. Baton Rouge and New Orleans would have been underwater.”

As a Board Member of the Mississippi Opera, Chairman of Planning Committee, his yearly planning reports brought large Mississippi Arts Grants to the organization.

At St. Alban’s Episcopal Church (he fell in love with the church the first time we visited), Dan served on the finance committee and as a deacon.

He is well remembered in this comment by daughter Laura Ann: “the sweetest man on the planet”, and comments by friends: “I loved that guy” (Dan’s Intelligence Section sergeant major at the 412th, John Turner, who retired as a major at US. Army Forces Command, and as general for Mississippi State Guard) “Colonel Carleton was as dedicated as it came; I always enjoyed working with him, a soldier’s soldier.”; and from female friends; “He looks like the sweetest, most honest guy ever”, “Dan, always the most handsome man in the room”.

I have fought the good fight, I have finished the race, I have kept the faith. From now on there is reserved for me the crown of righteousness, which the Lord, the righteous judge, will give to me on that day, and not only to me but also to all who have longed for his appearing. 2 Timothy 4:7-8 In lieu of flowers, any remembrances can be made to, Rainbow Farms, Inc. (280 Mattingly Road, Vicksburg, MS) St. Alban’s Episcopal Church or St. Alban’s Episcopal Church Women (5930 Warrior’s Trail, Vicksburg MS 39180) or to (Army-Navy Club, 1004 Army Navy Dr. Vicksburg MS 39180. (601) 415-1807 for donations toward a memorial flag to fly over the Mississippi River.