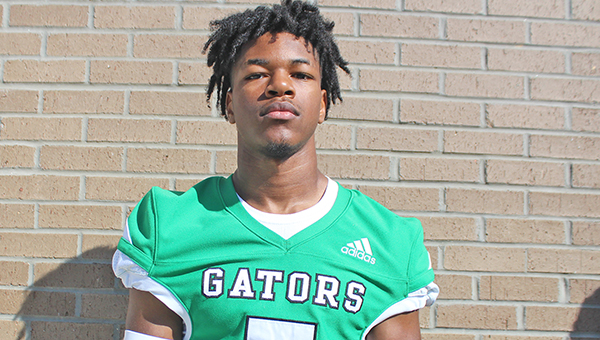 Vicksburg High running back Johnny Smith Jr. scored on a 35-yard run in a 14-6 win over Provine on Friday.

It wasn’t pretty. It won’t raise any eyebrows around the state. But it still counted in the standings, and the Vicksburg Gators will take that all day long.

Ronnie Alexander scored on a quarterback sneak in the first quarter, Johnny Smith had a 35-yard touchdown run in the fourth, and the Gators gutted out a tough 14-6 win over Provine on Friday to remain undefeated in MHSAA Region 2-5A.

“Provine played a really good game,” Vicksburg coach Todd McDaniel said. “I thought we would put up a few more points and they had a good game plan. But we’re 4-0 in the district and that’s what’s important.”

Alexander’s touchdown and a two-point conversion run by Malik Montgomery staked the Gators to an 8-0 lead in the first quarter. Then they didn’t score again until Smith’s touchdown with about eight minutes left in the game.

Provine got a touchdown of its own with about 2:30 remaining to make it a one-score game, but Vicksburg was able to hold on.

“Our defense played extremely well,” McDaniel said. “They gave up a touchdown late, but it didn’t matter. They are a good football unit. Hopefully my offense can give them a break and put some more points on the board.”

Vicksburg will have a short week to figure things out. It plays Callaway at home next Thursday at 7 p.m.