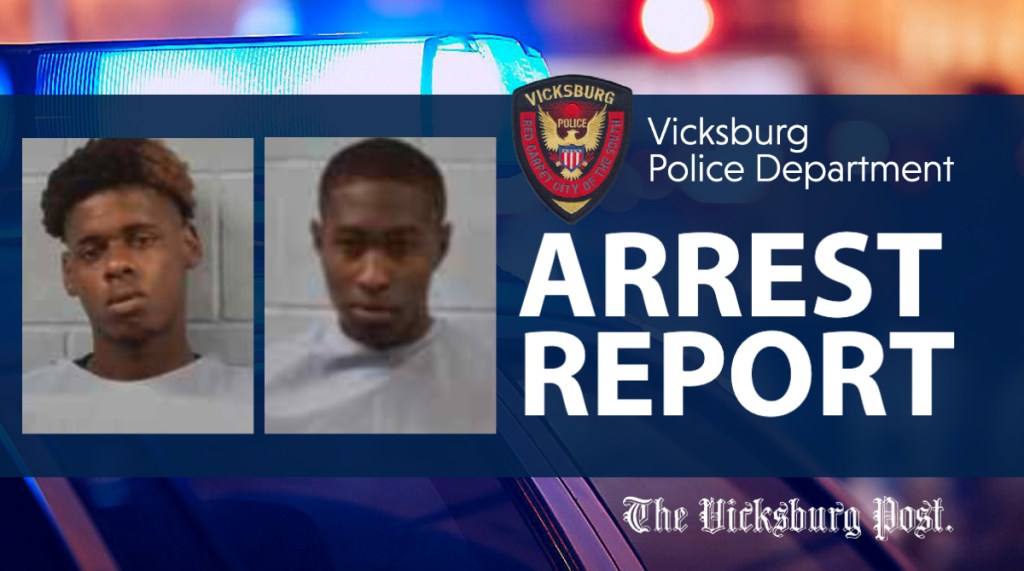 The Vicksburg Police department made two separate arrests for violence against romantic partners on Tuesday and Wednesday, as well as receiving multiple reports of theft.

18-year-old in custody for assault on girlfriend

Gromyko Magee, 18 of Vicksburg, was arrested Tuesday and charged with felony domestic violence following an incident that occurred earlier that day in which he assaulted his girlfriend.

Magee appeared in Vicksburg Municipal Court on Wednesday where Judge Angela Carpenter bound him over to the Warren County Grand Jury on a $75,000 bond.

In a separate incident, Kenneth Jackson Jr., 24 of Vicksburg, was also arrested on Wednesday for an assault on his girlfriend.

He was charged with felony domestic violence.

Appearing in Vicksburg Municipal Court that same day, Jackson received a $20,000 bond from Judge Angela Carpenter and was bound over to the Warren County Grand Jury.

Officers were dispatched to an address in the 4300 block of Tanglewood Drive in reference to an auto burglary on Wednesday at 8:49 a.m.

The victim reported someone had stolen a tote full of clothes from a 2005 Nissan Titan.

The vehicle was not locked when the theft occurred. Items taken were priced at around $50. The case is currently under investigation.

Officers responded to a residence in the 3100 block of Washington Street for a reported auto burglary on Wednesday at 9:57 a.m.

The victim stated someone entered a 2017 Kia Forte and stole a Ruger .357 revolver that was in the glove box.

The victim was unsure whether or not the vehicle was locked at the time. The case is currently under investigation.

Breathing machine and medication stolen from truck bed at Walmart

Officers responded to the parking lot of Walmart at 2150 Iowa Blvd. in reference to a theft on Wednesday at 3:23 p.m.

The victim reported someone removed a backpack containing a breathing machine, prescription medication, and a shaving kit from the bed of a 2008 Chevrolet Silverado.