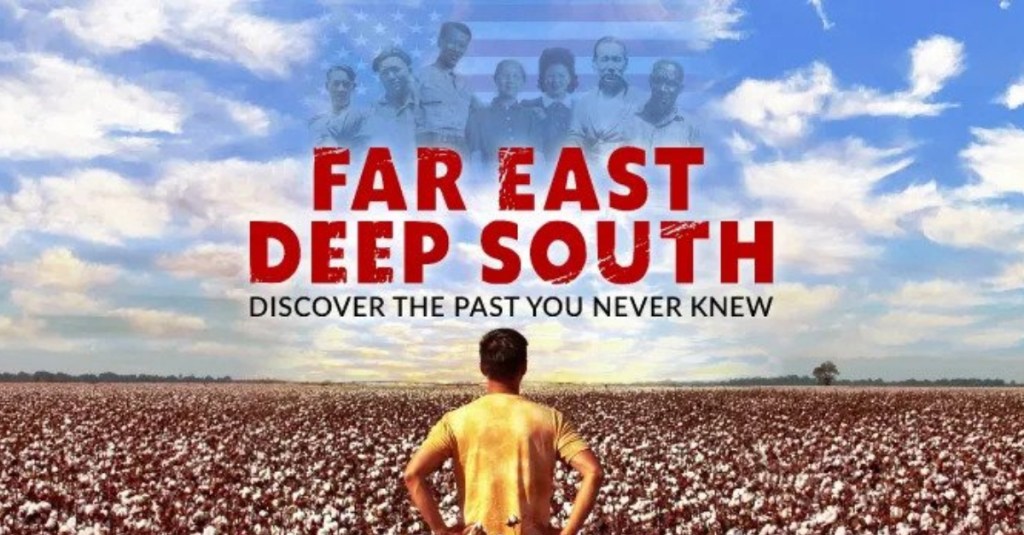 Being Chinese, Chiu just assumed his family was from China. But after persuading his father to talk about his lineage — one Chiu’s father was hesitant to share — he learned his roots had Mississippi ties.

On Saturday, Oct. 15, the Strand Theatre will offer a screening of “Far East Deep South,” an award-winning feature documentary produced by Chiu and his wife, Larissa Lam. The film, told through the eyes of Chiu’s father, Charles, explores not only the family’s Delta ties but also the seldom-told history of Chinese immigrants living in the American South during the 1800s to mid-1900s.

Chiu said his interest in learning about his extended family — namely, his paternal grandfather — came after the birth of his daughter. But even though he had been inquisitive, his father remained uncommunicative about the past.

It had not been discussed because Charles Chiu had always believed he had been abandoned by his father. But during the documentary, when Baldwin, his brother Edwin and their parents travel from California to Mississippi for the couple’s 40th wedding anniversary to visit the gravesite of his father, K.C. Lou., the misconception about the past is discovered and truths he had never known are revealed.

When asked if he was disappointed that his family roots were derived from the Delta and not China, Chiu said, “no.”

“Actually, it made the story more incredible. When you are of Chinese or Asian descent, one expects your stories to always land back in a foreign land far far away in Asia. But for us to go far back several generations and land in Mississippi, I think that is a much more intriguing story. And it definitely broke the stereotypes of what we learned in high school and elementary school about what American history is and where our place is in American history,” Chiu said. “And I think it opened up our family’s eyes and opened up our community’s eyes about where we really belong.”

During the documentary, the racial dynamics between the white, Black and Chinese communities and the challenge of the exclusionary immigration policies are also brought to light, Chiu said, but the film’s intent, he said, is not to shed a negative light on the past.

“I think my dad sums it up best in the film,” Chiu said. “He says his feelings are mixed and I think for me it’s a mixed bag, too,” because while the Chinese as well as any group considered non-white experienced all the Jim Crow Laws, “There were obviously people in the white community that did not feel the same way. Our laws are one thing, but the people are different. And I think that’s what we learned the most is that the people — the individuals — are different than the national or local laws may dictate.”

Therefore, Chiu said, he hopes what people will take away after viewing the film is that people don’t have to be defined by their past, since there are opportunities to “right wrongs.”

“We have the opportunity to make different decisions today and redefine our humanity by what we want to accomplish and how we want to see each other in the future rather than how our dark history painted us in the past,” Chiu said. “So, I think, the stuff in the past that is obviously wrong can’t be changed, but we do need to learn from it. I always like to say, ‘We really need to learn and know our past in order to know how we got to where we are today in the present.’ and only then can we more effectively create a better future.”

The documentary film was first released on March 7, 2020, days before the COVID-19 pandemic hit. Chiu said it continued to be screened across the country virtually and has received multiple awards at film festivals, including Cinequest, CAAMFest, Oxford Film Festival and Seattle Asian American Film Festival. The film also made its broadcast premiere as part of the PBS/World Channel series “America ReFramed.”

For generations, Chinese people have lived in the South and for Chiu and his family, this discovery was what became “the most incredible part of this journey.”

“Tracing back to the South in Mississippi where you talk about apple pie and good old Southern cooking — that’s the Americanness and we were a part of that,” he said.

The free showing of “Far East Deep South” will begin at 7 p.m. at 717 Clay St. Chiu will also be on hand and will lead a discussion following the screening.