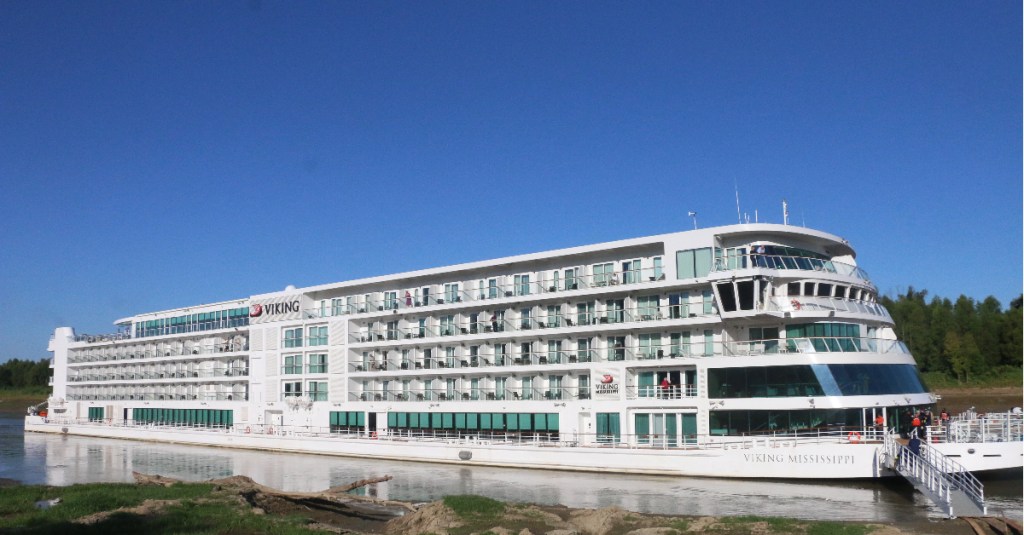 Viking Mississippi makes its first stop in Vicksburg on Wednesday at the city waterfront. (Photo by Terri Cowart Frazier)

The Viking Mississippi will not return to Vicksburg or any port until water levels on the Mississippi River are adequate for safe travel.

The river cruise line, which just set sail on its first trip on the Mississippi two weeks ago, released a statement on Friday.

“Unusually low water levels along the Mississippi River have caused sections of the river to be closed, impacting all northbound and southbound shipping traffic,” the statement read. “The U.S. Army Corps of Engineers is working to deepen the shipping canal in some sections, but the closures have caused delays that will prevent the Viking Mississippi from completing the sailing underway and from reaching St. Paul for her next scheduled departure on October 15.

“All impacted guests and their Travel Advisors, if necessary, have been notified directly. At this time, we expect to operate all future departures of the Viking Mississippi as scheduled.”

According to the National Weather Service’s Lower Mississippi River forecast center, 11 gauges along the river are at or below the low water threshold, including at Vicksburg.

American Queen Steamboat Company has also canceled boats because of the low water. The company canceled its Sept. 23 and 30 and Oct. 6, 8, 13 and 15 dates in Vicksburg. American Cruise Lines boats have still been able to stop at the Vicksburg riverfront.