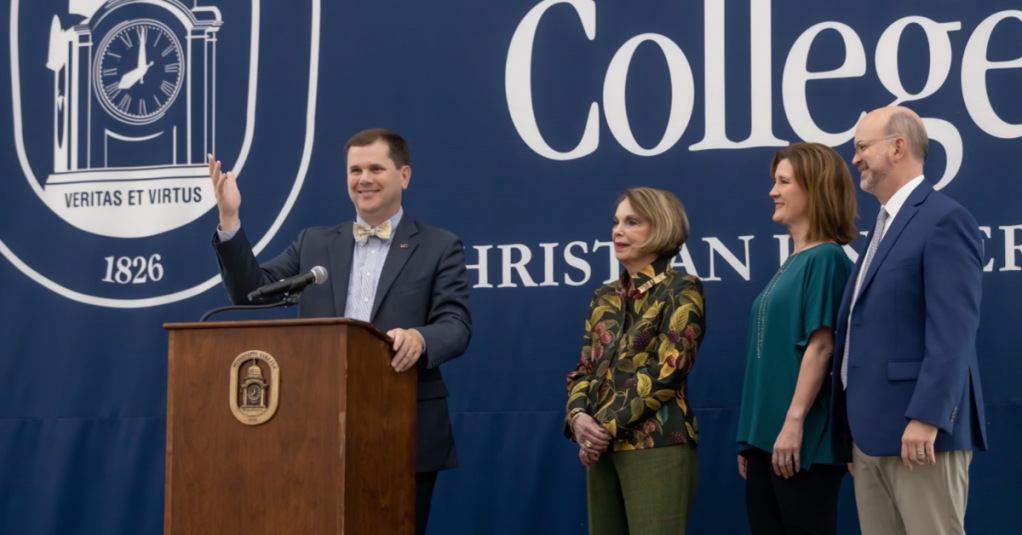 A new scholarship at Mississippi College, named in honor of the longest-serving board member in the school’s history, will provide full tuition for all admitted students from the state of Mississippi.

Beginning with those enrolling at MC for the fall 2023 semester, eligible students from the Magnolia State who receive the Leland Speed Scholarship will pay no tuition after all federal, state and institutional grants and scholarships are first applied.

No other institution of higher learning in the state offers full-tuition scholarships for all qualified students from Mississippi.

A Jackson businessman and real estate developer, Leland Rhymes Speed supported MC for much of his life. Speed served for more than four decades as a member of the MC Board of Trustees. At the time of his death on Jan. 27, 2021, he was serving as chair of the Mississippi College Foundation Board.

“Leland was well known for giving back to his community and his home state,” Thompson said. “He is leaving a legacy that will provide generations of young people in Mississippi the opportunity to attend Mississippi College.

“We all know the love that Leland had for MC and Mississippi, and I am thankful to our friend for supporting us as we fulfill our Christian mission.”

The CEO of both East Group Properties and Parkway Properties for many years, Speed was a widely respected entrepreneur and volunteer civic leader. He served as executive director of the Mississippi Development Authority under Gov. Haley Barbour, accepting the position under the stipulation that he be paid a salary of only $1 per year.

Speed’s family ties to MC date back to 1935. MC’s Leland Speed Library is named for his father, Leland Speed, a successful investment banker who served as mayor of Jackson from 1945-49. His mother, Katherine Rhymes Speed Ettl, was a prominent sculptor. Some of her works are displayed in the Leland Speed Library and the Gore Galleries on the MC campus.

“Dad would be humbled to know that his gift is being used by the University to give back to fellow Mississippi families,” said Warren, whose wife, Marla, is a 1994 MC graduate; their daughter, Elizabeth, is a senior at MC, and their son, Preston, is a sophomore at MC. “He was a champion of Christian higher education and specifically recognized the value of the Mississippi College experience.

“MC is a unique institution in our country today, and one that our entire family is very proud to support.”

Before his passing, Leland Speed said he cherished the time he served on the MC Board of Trustees and in other roles to strengthen the Christian University.

“When you have the chance to be involved with an organization that is doing good things successfully, it is an honor and privilege,” Speed said in a profile in the Beacon, MC’s alumni magazine. “Mississippi College is committed to a Christian mission in a secular world. I see that becoming more important by the year.”

The deadline to apply for the Leland Speed Scholarship at Mississippi College for the 2023-24 academic year is Thursday, Dec. 1. For more information about the scholarship, visit MC’s website.