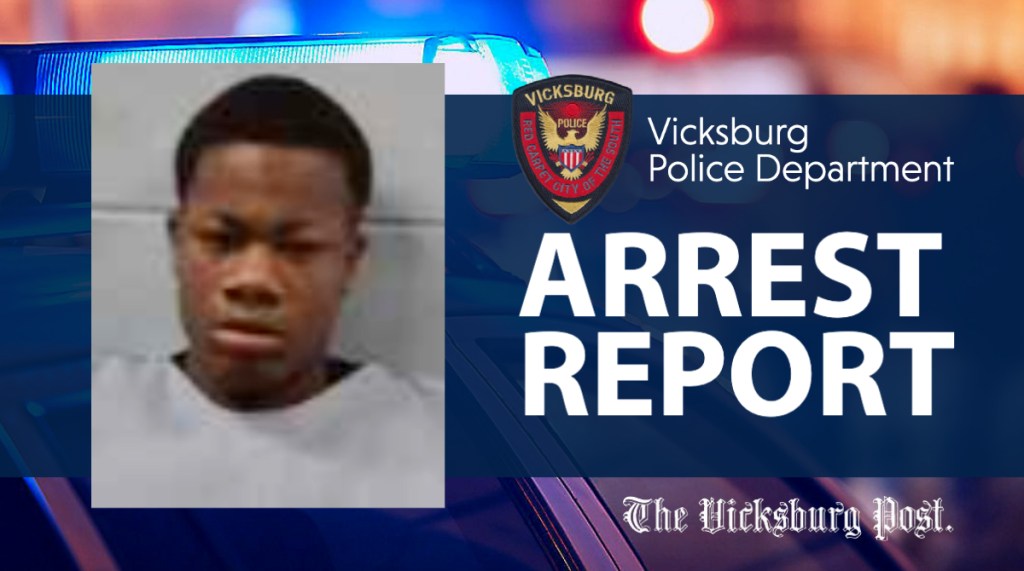 The Vicksburg Police Department made an arrest for residential burglary on Monday. A carjacking that ended in a crash was also reported at a gas station on Tuesday, and two other reports of theft were taken.

One Arrested for Residential Burglary on Hall Road
Donald Ray Parson, Jr., 18 of Vicksburg, was arrested Monday on a charge of burglary of a dwelling for an incident that occurred on Hall Road on Oct. 1.

Parson appeared before Judge Angela Carpenter in Vicksburg Municipal Court on Tuesday. He was bound over to the Warren County Grand Jury on a $30,000 bond.

Carjacking reported on Clay Street
Officers responded to the Circle K convenience store at 3326 Clay St. in reference to a carjacking on Tuesday at 3:58 p.m.

The two victims stated three Black males approached them while they were sitting in a 2016 Toyota 4Runner and demanded that they get out of the truck. The stolen vehicle was later involved in a motor vehicle crash on Interstate 20 near the Flowers exit. The case is currently under investigation.

Television stolen from residence
Officers were dispatched to a call for service in the 400 block of Grange Hall Road for residential burglary on Saturday at 4:31 p.m.

The victim reported someone stole a 60-inch LG flat-screen television from the home. The case is currently under investigation.

Handgun and MacBook stolen from vehicle
On Sunday at 2:53 p.m., officers took a report at the police station of an auto burglary that occurred at Cannongate Apartments at 3425 Wisconsin Ave.

The victim stated that a 2018 Toyota was broken into over the weekend. A black and gray Adidas gym bag containing an Apple MacBook valued at $1,100 and a Glock 17 Gen 5 9mm handgun valued at $500 were missing. The case is currently under investigation.