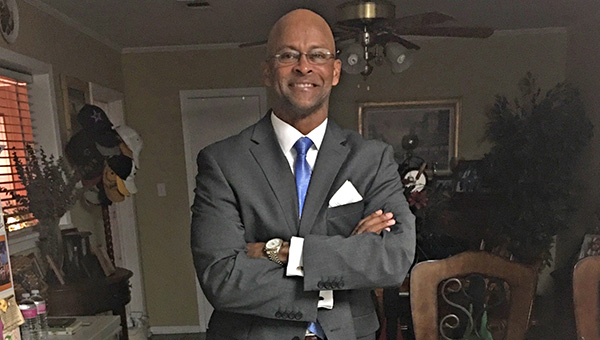 Porter’s Chapel Academy’s boys’ basketball team will try to build on a breakthrough season with a new leader.

Casey Fisher, who has coached the school’s girls’ team for the past two seasons, will also take over the boys’ program this year. He’ll replace Walter Hallberg, who stepped down last week.

“He’s a familiar face for our players. They’ve had joint practices in the past, with the girls and boys,” PCA athletics director Blake Purvis said. “The boys had lots of positive feedback. It provided one of the smoothest transitions we could have had.”

Fisher is a Mississippi basketball legend — he was the starting point guard on Southern Miss’ 1987 NIT championship team — and has done well at Porter’s Chapel since coming back to coaching in 2020 following a long hiatus.

He helped a rebuilding PCA program take the next step by reaching the MAIS Class 2A South State tournament in 2021 and 2022. The Lady Eagles had winning records both seasons, after going 7-15 the year before Fisher arrived.

With the boys’ team, he’ll inherit another rebuilding project with a strong foundation. The Eagles had a 22-14 record under Hallberg last season and advanced all the way to the Class 3A semifinals.

They finished third in the state tournament to reach the MAIS Overall Tournament for the first time since 2013, which had also been the last time they had a winning record. Hallberg was the Vicksburg Post Coach of the Year, and guard Chris Taylor the Player of the Year.

Taylor was one of four key players who graduated, but Fisher believes there is enough talent returning and coming in to keep both programs moving forward.

“With the girls, we have five experienced starters coming back. We’ve got some JV girls that are tough and grew up last year,” Fisher said. “With the boys we have some great additions that are going to add to what’s already there. A lot of quickness, a lot of speed. We’re going to get up and down and have a lot of fun while we play.”

Purvis said the biggest concern about having Fisher take over the boys’ program wasn’t whether he could keep it on an upward trend. It was making sure the girls did not slide backward because of it.

“Casey was the obvious thought to talk to, but we did not want him to give up the girls to do the boys. We did not want to put the girls at a disadvantage,” Purvis said.

“I coached boys before, overseas in Italy, and I’m comfortable with boys. After taking on the girls, it’s really just basketball,” he said. “I just love the game so much. It’s an opportunity for me to give back to the kids and just coach basketball and coach kids.”

Like at many small schools, Fisher will have to wait a bit to work with his full team on the boys’ side. PCA is headed for the Class 2A football playoffs and many of his players will be tied up with that sport through at least the end of October.

The season opener is Nov. 8 at Sharkey-Issaquena Academy, and there are only a few games scheduled for November.
Fisher said no matter how the season plays out, part of his goal for both programs is for his players to have fun and take something away from it when they leave the court.

“I’m just grateful for (PCA head of school Chris) Williams and Coach Purvis to give me the opportunity to coach the game I love,” Fisher said. “I hope that the kids have a lot of fun and take this game and translate it to life one day off the floor. That’s all I want to do.”