LOOKING BACK: The Alabama and Vicksburg Freight Depot dates back to Reconstruction 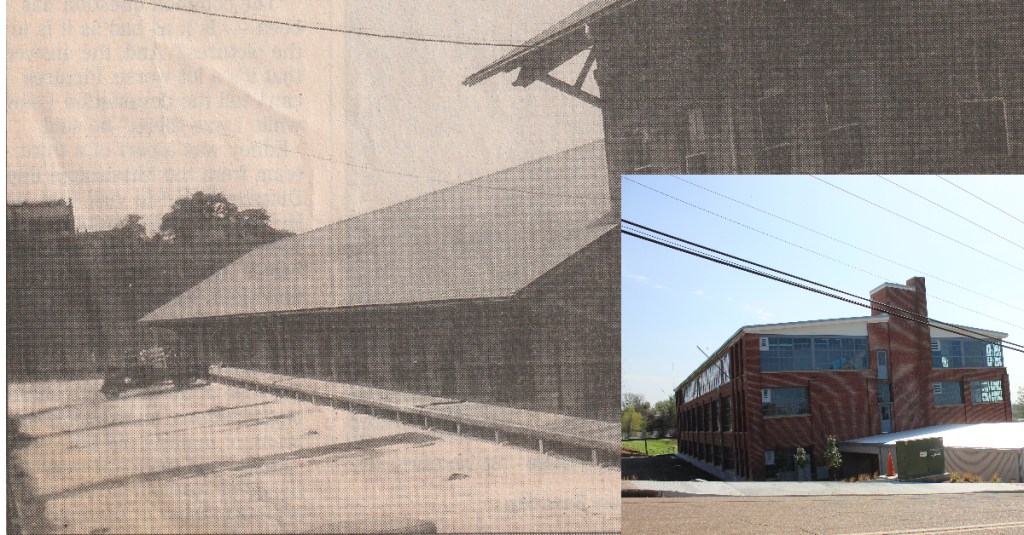 As early as 1886, there was a freight depot for the Alabama and Vicksburg Railroad located on the east side of Mulberry Street, between Madison and Depot streets.

An article in the Vicksburg Herald reported that the building had a sheet metal roof and that it “presents an appearance of solidity and convenience, and will be a great improvement over the present one. The roadway just east of the new depot has been completed. The new depot is over 300 feet long and 45 feet wide and will be amply large. This building is commodious and convenient. A switch track is on the west side of the building and freight may be loaded on a wagon or taken from then on the east side of the building.”

In 1906, a three-story brick building for freight offices was added to the north end of the building and this block of Madison Street was closed off. The freight building had already been covered with a new green slate roof with six-foot red-slate letters that spelled out “Queen and Crescent.”

The new offices had desks that were lighted with gas and electric lights. The new addition cost $9,000. As late as 1924, the railroad was still using the building, but it is not listed in 1929. In about 1936, the Vicksburg Chamber of Commerce built the building that now stands on the block where the depot did. The purpose of building it was to entice a manufacturing company to locate in the city.

The first company that is recorded in the building is the Vicksburg Garment Company, which made overalls.  It was followed by the M. Fine and Son Manufacturing Company (making shirts) in 1941 and by about 1946, the Schlottman Furniture Company occupied the building, changing gears in 1948 to the Schlottman Transfer and Storage Company.