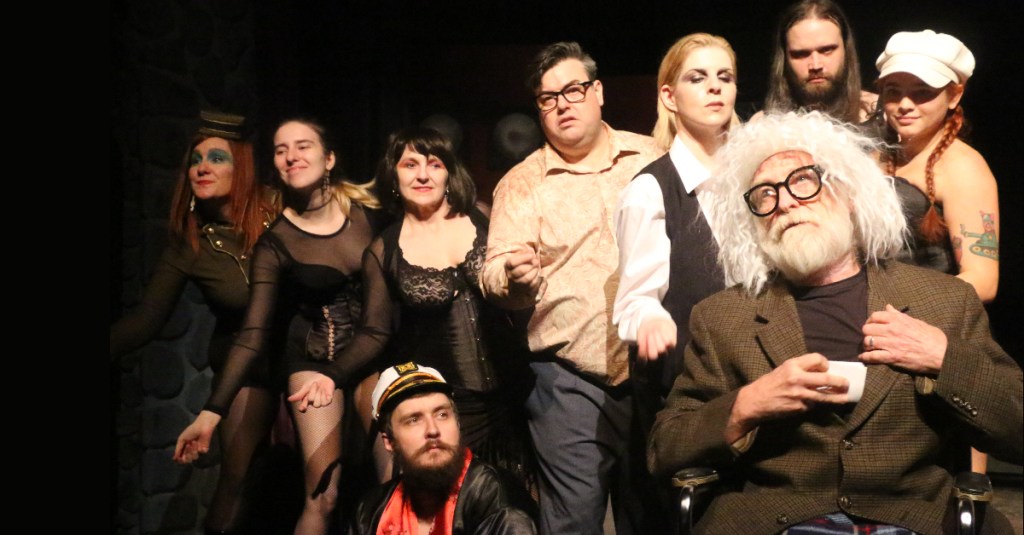 The cast of the "Rocky Horror Show" will perform at the Strand Theatre multiple times throughout the month of October, culminating in a Halloween spectacular. (Photo by Terri Cowart Frazier | The Vicksburg Post)

It has become one of Vicksburg’s most evocative performances — so don’t get left out in the rain for the Westside Theatre Foundation’s most popular production — “The Rocky Horror Show.”

The musical was later adapted into the 1975 film “The Rocky Horror Picture Show,” and through the years, it has attained undeniable cult status, Boone said.

Its popularity in Vicksburg is just as telling.

“Over the years, we’ve done a show here dozens of times that many believed would never play here,” said the director of the WTF, Jack Burns. “(The Rocky Horror Show) is fun and the audience never seems to get tired of this show.”

In addition to being an interactive stage production — audience members are encouraged to join in on the fun — each year the WTF shakes things up with either a new twist on the production or seasoned performers in new roles.

Burns, who has served as narrator of the show many times, has relinquished the role to another actor this year, and every other part, but one, has been recast.

“We used several returning actors from the show, but in different roles, than they had before,” Burns said. “A number of members of the cast of this summer’s production of ‘Into the Woods’ wanted to be in ‘Rocky,’ so casting was a challenge. We ended up building a very strong chorus to accommodate all the talented folks who wanted to participate.”

“Rocky is outrageous, and definitely not for kids, but this show really belongs to the audience. They seem to love laughing, heckling, throwing things and doing the ‘Time Warp.’ It’s as much a ritual as it is a play,” Burns said.

Burns mentioned it may be time to “move on or at least take a break,” from productions of “The Rocky Horror Show.” Therefore, one may want to make sure to purchase a ticket, which is $20 in advance at the Highway 61 Coffeehouse, 1101 Washington St., or online at https://rockystrand.brownpapertickets.com.

Tickets will also be available at the door for $25.