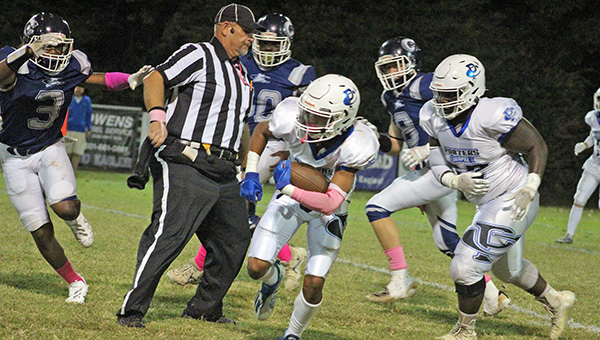 Porter's Chapel Academy running back Jase Jung runs around an official on his way to a big gain in the first quarter of Friday's game against Christian Collegiate Academy. (Ernest Bowker/The Vicksburg Post) 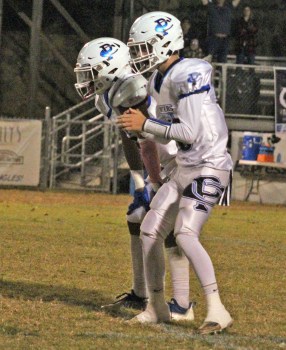 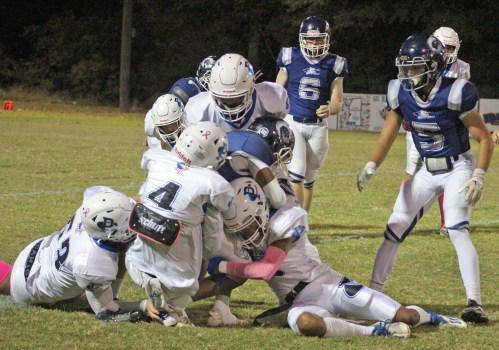 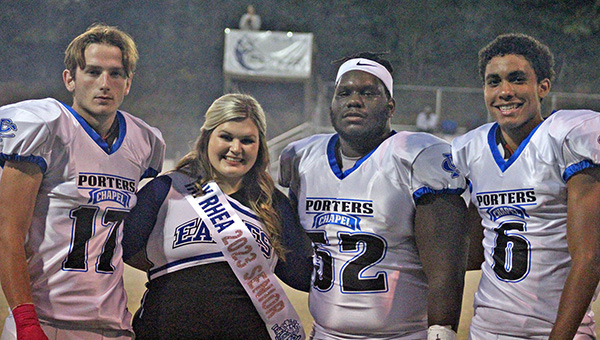 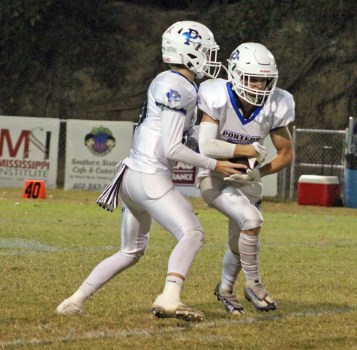 The Bulldogs did not do anything to prove him wrong.

Christian Collegiate scored four touchdowns on its first 15 offensive snaps and rolled to a 36-13 victory over Porter’s Chapel.

“They’re exactly what we thought they were, and they’re explosive. It wasn’t anything that we didn’t know coming in,” Purvis said. “We had opportunities to make plays, and we knew that coming in, too, that we were going to get guys there. But with the speed they have we knew it was going to be one or two guys, and if we couldn’t make the play with those one or two guys that it was going to be big plays.”

PCA’s second loss in a row did not hurt its chances of making the playoffs, nor did it affect its district title hopes. The Eagles can still win the MAIS District 3-2A championship by winning at Tallulah Academy next week.

This loss might, however, cost PCA (4-4) a chance to host a first-round playoff game if it does not beat Tallulah. The winner next week will be the No. 3 seed in the Class 2A bracket, get a first-round bye, and host a game in round two. If PCA loses, it could drop as low as the No. 10 seed and be on the road in Round 1.

“Obviously, a 3-seed is better than potentially a 7, 8, 9 or 10 depending on what happens. We assure ourselves of home playoff games with a win next week,” Purvis said.

PCA went three-and-out on its first possession and two plays later Biggs broke off a 52-yard touchdown run, followed by his own two-point conversion run, to make it 16-0 just five minutes into the game.

The Bulldogs added two more quick touchdowns in the second quarter. Biggs threw a 60-yard TD pass to Trae Bailey and an 11-yarder to Jackson Logan to extend the lead to 28-0.

Christian Collegiate’s final touchdown was a 15-yard run by Bailey with 53 seconds left. The two-point conversion made it 36-0 and triggered the running clock mercy rule for the second half.

Bailey finished with 72 rushing yards and a touchdown on four carries. His touchdown reception was his only catch.

PCA also took a bit of positivity away from its performance in the second half. It kept the ball the entire third quarter while driving down the field for an 8-yard touchdown pass from John Wyatt Massey to Zach Ashley on the first play of the fourth quarter.

The Eagles added another TD on a quarterback sneak by Massey following a bad punt snap that gave them the ball at the 1-yard line.

Massey was 6-of-13 passing for 45 yards, and had 21 rushing yards. Jase Jung led PCA with 42 rushing yards on 13 carries. The Eagles only had 117 total yards, most of it in the second half, and committed four turnovers in the first half.

“Offensively we made our adjustments at halftime and then we executed them and was able to score twice. We strung together a long drive. We felt coming in that’s what we needed to do, was be able to put together long drives and keep their offense on the side,” Purvis said. “We did that in the second half. We just didn’t get it adjusted and done correctly in the first half to put ourself in that position.”