Gators rout Ridgeland to clinch spot in Class 5A playoffs 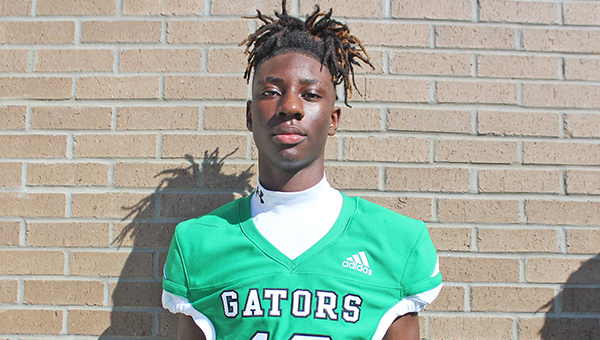 RIDGELAND — Once again, the Vicksburg Gators are a playoff team. With a few more performances like this one, they might also be a championship team.

Ronnie Alexander threw two touchdown passes to Tyler Henderson, and the Gators’ defense allowed one first down in the first half as they blew away Ridgeland 42-20 on Friday.

“We came out and we went 4-for-4 on scoring on our first four possessions,” Vicksburg coach Todd McDaniel said. “I thought they played hard and extremely physical. Our defense played lights out. They only gave up one first down in the first half. We can’t beat that.”

Vicksburg (6-2, 6-0 Region 2-5A) won its sixth consecutive game and clinched a berth in the MHSAA Class 5A playoffs for the third year in a row. More importantly, it kept pace with Neshoba Central at the top of the region standings.

Vicksburg and Neshoba (6-2, 6-0) will play each other next Friday night at Memorial Stadium, with the winner claiming the Region 2-5A championship. Vicksburg has not won a region title since 1990.

“The check mark for that (playoff) box is huge, because whoever wins next Friday will be the district champion,” McDaniel said. “You’re just happy to see it come to fruition. This is my third time taking a program that wasn’t in the best shape and turning it around. We’ve put the work in, and hats off to the coaching staff and kids. We’re glad to see we’re taking the steps to become a championship team.”

Ridgeland (5-3, 2-3) lost for the third time in four games and was no match for Vicksburg.

The Gators got touchdown runs from Malik Montgomery, Johnny Smith and DeCorey Knight in the first half, in addition to the two touchdown passes from Alexander to Henderson, to go up 42-7 at halftime.

“We just know as good as our defense is playing we can match up with anyone, and offensively we’re coming around,” McDaniel said.