St. Aloysius puts up a fight before falling to Greenville-St. Joe 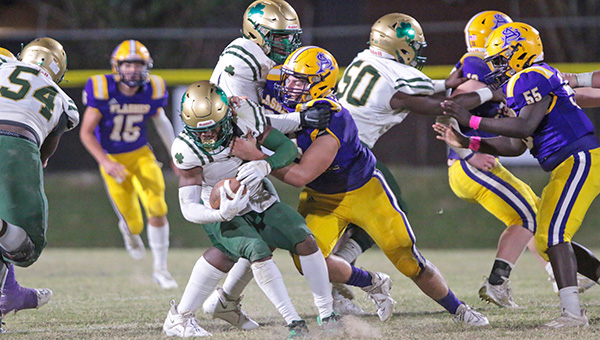 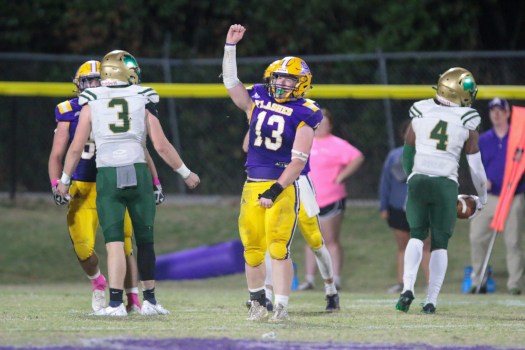 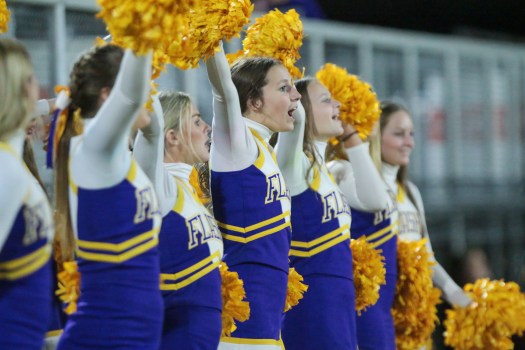 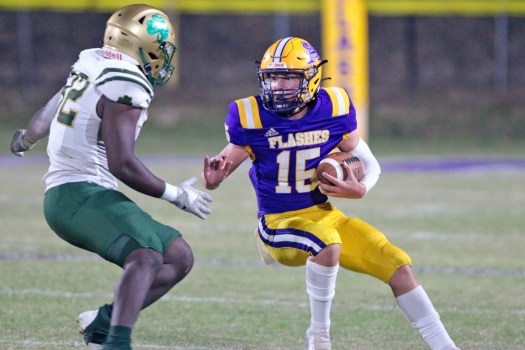 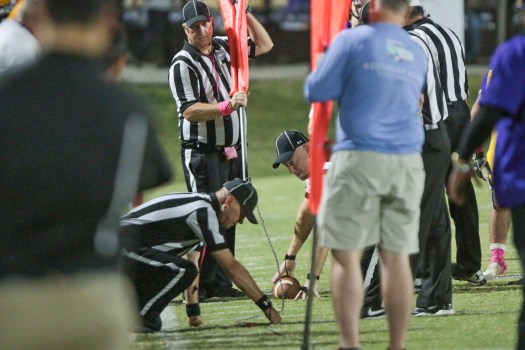 Officials measure for a first down during Friday's game between St. Aloysius and Greenville-St. Joe. (Walter Frazier/For The Vicksburg Post) 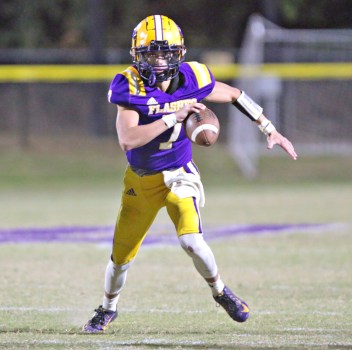 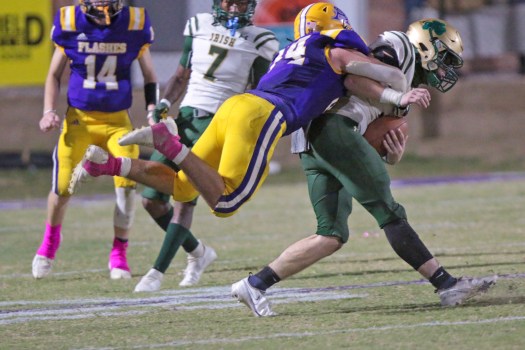 For a good portion of the first half, St. Aloysius had mighty Greenville-St. Joe on upset alert.

It didn’t wind up that way — at all — but the Flashes certainly gave it their best shot.

Victor Baker threw three touchdown passes, and Greenville-St. Joe scored 47 unanswered points from the middle of the second quarter on to beat St. Al 53-7 on Friday.

Stank King caught three touchdown passes and had 157 receiving yards for the Irish, while Baker was 12-of-17 passing for 249 yards. Kye Nelson added 151 rushing yards and two touchdowns on 14 carries.

Although the final score was a blowout, St. Al held an early lead and only trailed 12-7 midway through the second quarter.

“Depth again reared its ugly head. Our kids got gassed and it blew the scoreboard up after that,” said St. Al coach Bubba Nettles, whose roster has been whittled down to mostly freshmen and sophomores because of injuries. “Our kids are great football players. The depth issue we have hurts us eventually.”

St. Al pulled another trick play out of its bag to set up its touchdown. Offensive coordinator Kacy Presley called a “skip pass” — a lateral that bounced off the turf for an apparent incompletion — that John David Liggett scooped up and threw downfield. It led to a 20-yard touchdown run by Will Dowe.

Liggett and Damien Reeves also had interceptions on defense as the Flashes kept it close for a while. Greenville-St. Joe (7-1) eventually took control in the second quarter, however, and piled on the points as the game went on.

St. Al (1-8) lost its eighth game in a row. It will finish its season next Friday at Tri-County, another Class 4A championship contender.

This Friday, St. Al honored its senior class before the game and Nettles called them a special group for the way they’ve held the team together during a difficult year.

“I told all the returning players that these seniors are the glue that held this team together. Without them, we don’t have a football program,” Nettles said. “This senior class is one that I’ll remember for the rest of my life.”