LOOKING BACK: 1709 Martha St. and its electrifying past 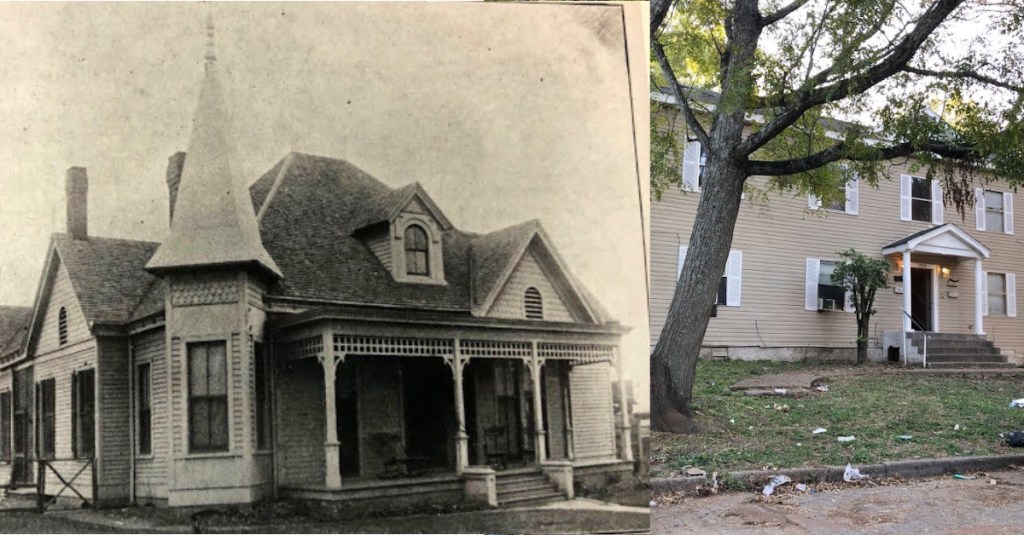 1: This Queen Anne house was constructed by Emile Bonelli in 1892. (Photo Submitted) 2: The apartment building currently on Martha Street stands on the site of Emile and Ida Bonelli’s home.(Photo Submitted)

In March 1886, Emile and Basil Bonelli bought a large piece of property on the east side of Martha Street, just south of the corner of Grammar Street.

There was already, I believe, a one-story frame rectangular residence with a full-façade porch on the property, and Emile and Ida Bonelli moved into it in 1886. In 1889, the property owners, including Bonelli, petitioned the city for an electric light at the corner of Grammar and Martha streets.

In July 1892, the large elaborate Queen Anne house that is seen in the photo was built, attached to the front of the old house. Emile was a member of the Independent Order of Odd Fellows and was the deputy grand master in 1884. He and his brother Basil owned a wholesale grocery and fruit business until January 1895 when they dissolved their partnership, by mutual consent, and Emile continued the business under his own name.

In the brothers’ notice of dissolution of partnership notice in the Commercial Herald, Basil wrote, “I bespeak for my late partner the goodwill and confidence heretofore extended the old firm.”

In the next year, Basil built a building for his new grocery store on Clay Street.

Emile was born in Laurenzana, Italy, in 1858, and Ida (French) was born in Jackson in 1866. They had seven children, five of whom lived to adulthood.

They lived in the house until at least 1918 and then it became a rental property. In 1921, Arthur (chief clerk with the U.S. Engineers Vicksburg District) and Caroline Crofts lived there and in 1924, Gertrude Shannon called the house home.

By 1929, James (district manager for J. E. Dilworth Co, Inc) and Mary Paxton lived there and then in 1935, it was William and Jessye Leist. The house was gone by 1948, and an apartment building had been constructed in its place.

Editor’s Note: The Oct. 12 “Looking Back” column mistakenly identified the Alabama and Vicksburg Freight Depot as dating back to Reconstruction. Reconstruction ended in 1877 and the building was constructed in 1899.