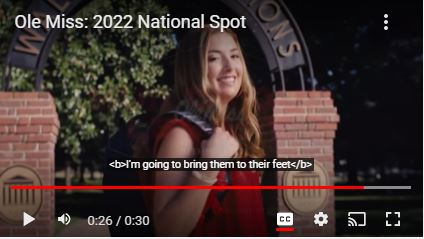 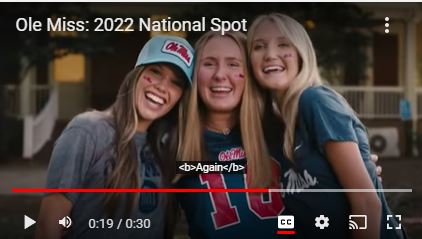 UNIVERSITY, MS– Several students were featured in the debut of the University of Mississippi’s new television commercial Sept. 17 during the football game between Ole Miss and Georgia Tech on ABC. Two of those students are Vicksburg’s own Jane Hopson and Maggie Roberson.

The 30-second commercial, titled “Where are You Going,” features Ole Miss students describing their personal aspirations paired with popular spots on campus and in Oxford, showing viewers where leaders are made and legacies are born.

Shot on campus and around the historic Oxford Square, the commercial features some of the university’s best and brightest students, faculty and alumni.

The University of Mississippi, affectionately known as Ole Miss, is the state’s flagship university.