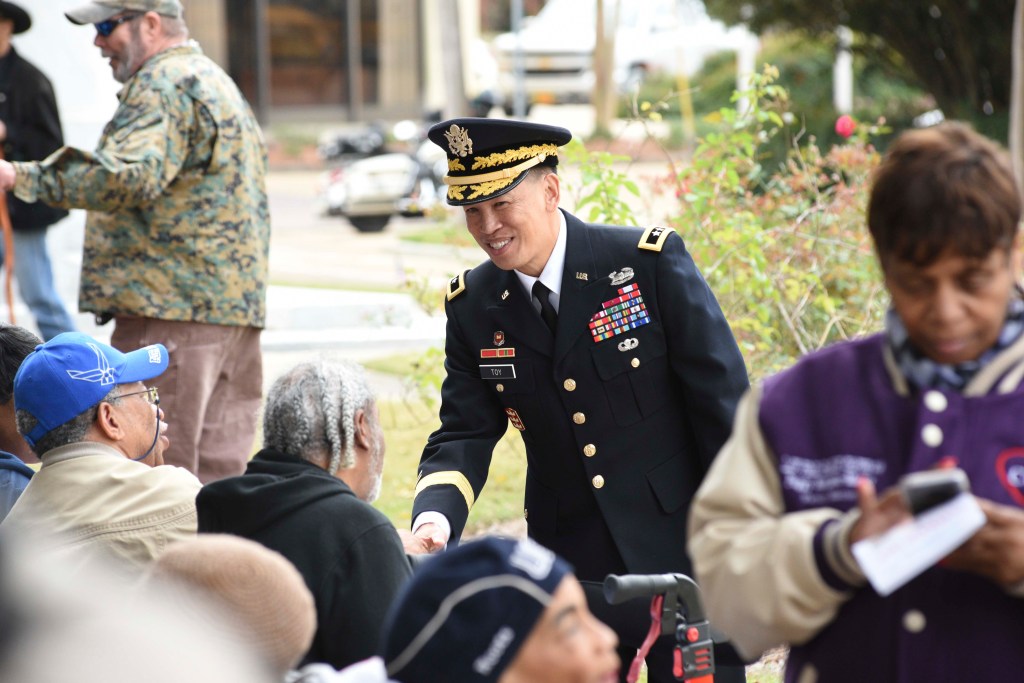 Maj. Gen. R. Mark Toy speaks to veterans during the Veteran's Day program at the Rose Garden in 2019. The program will return to the garden in 2022. (Courtland Wells/The Vicksburg Post)

A Port Gibson native will be the featured speaker as Vicksburg’s annual Veterans Day observance returns to the city’s Rose Garden Nov. 11.

Port Gibson native Col. Antoinette “Toni” Gant, commander of the U.S. Army Corps of Engineers South Pacific Division and the first African American female to ever serve at that level in the history of the Corps, will deliver a Veterans Day message for the event, which is sponsored by American Legion Tyner-Ford Post 213, Sons of the American Legion Post 213 and American Legion Allein Post 3.

“We are glad to have our Veterans Day program back at the Rose Garden,” organizer Willie Glasper said. “We wanted to have it there last year but there was a storm going through the area and we had to change the location at the last minute.”

The COVID-19 pandemic in 2020 forced organizers to hold a virtual observance, while inclement weather forced the observance inside at Post 3 in 2021.

Veterans Day events begin at 10 a.m. with a parade starting on Belmont Street and going north on Washington Street, where it will disband.

“From there, we will go to the Rose Garden,” Glasper said.

The program at the Rose Garden at the intersection of Monroe and South streets will also feature post commanders laying wreaths, taps and a 21-gun salute to honor deceased veterans.