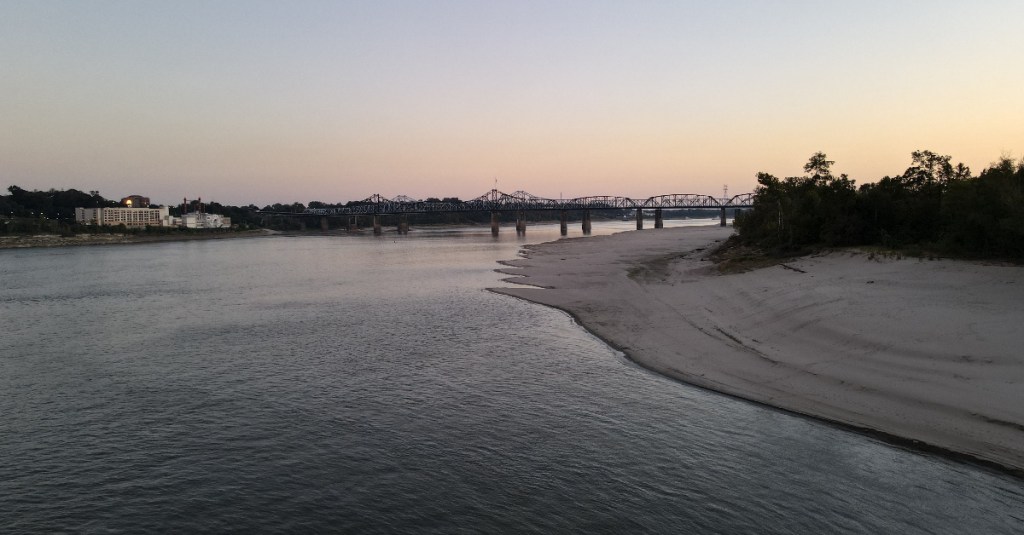 With the world suffering in the grips of a long-term spell of dry weather caused by a third consecutive La Niña year, rivers are dropping to near-record levels with little hope of the steady rain necessary to bring them back in the near future.

In the U.S., the Mississippi River, one of the country’s major arteries for commerce, has been a victim of the drought, with low levels forcing companies using the river to ship less in each barge than normal.

Locally, river stages at Vicksburg have dropped below 1 foot. Friday afternoon, the Mississippi River was at 0.17 feet; it is forecast to be at minus 0.2 feet Wednesday.

However, the low numbers do not mean the river is low enough to wade over to the Louisiana side and visit someone in Delta.

In reality, the river is much deeper than the value someone may read in the river forecasts. In fact, the river’s level is higher than the 0.17 reading we had Friday.

“On the Vicksburg Gage, ‘zero’ is equal to an elevation of 46.23 feet above sea level,” said Sabrina Dalton, public affairs chief for the U.S. Army Corps of Engineers Vicksburg District.

“A Vicksburg Gage of ‘10’ equates to a water surface elevation of 56.23 feet,” she said. “Right now, we have approximately 13 feet of water or above in the Vicksburg District’s area of responsibility on the Mississippi River channel. The U.S. Coast Guard has restricted draft to 9 feet.”

On Oct. 19, 2022, the stage on the Mississippi River at Vicksburg was 1.3 feet. At that time, the actual water surface elevation was 47.5 feet; 1.3 feet is the stage above the gage zero or ‘datum,’ which is used as the basis for measuring the river level.

Specifically, at the measurement location for the Mississippi River at Vicksburg that read 1.3 feet meant the deepest point in the channel was over 70 feet. The depth, however, greatly varies moving upstream and downstream.

A stage of 1.3 feet is approximately 9 feet below the average stage at Vicksburg for October. This is the lowest Vicksburg has been since 2012 when it reached minus 1.07 feet. This will be the sixth time since 2000 that Vicksburg has reached stages below 1.5 feet.

The Vicksburg District measures water levels on the lower Mississippi River by a vast satellite telemetry, or measurement, a gauging system that transmits information back to a satellite and subsequently to data acquisition servers at several federal agencies. Depending on the location, various gage methods are used.

The Vicksburg District has approximately 200 satellite gauges across 68,000 square miles and has a team of six hydrologic technicians who oversee the maintenance of this complex system of gages.