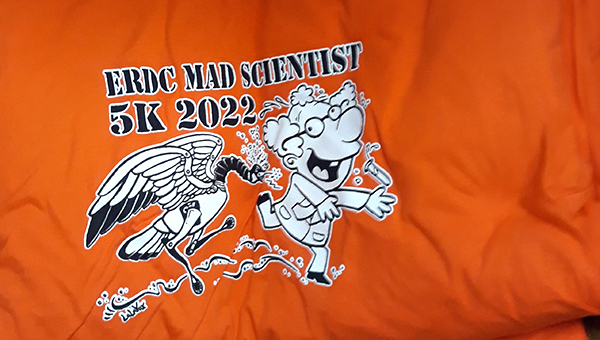 The 16-year-old Vicksburg resident clocked a time of 18 minutes, 23 seconds to blow away the field in the 5-kilometer run on the U.S. Army Corps of Engineers Research and Development Center campus.

Brewer was the fourth different winner in the race’s five editions, and his time was the second-fasted in its brief history. Oliver Child set the record of 17:51 in 2018.

Cora Lindsay, an 11-year-old from Vicksburg, repeated as the women’s champion with a time of 23:06. That was 33 seconds better than her winning time from last year, and more than two minutes ahead of women’s runner-up Tracie Herring.

In the 5K race walk, Ron Roma and Sonja Dufrene zipped along to the men’s and women’s championships, respectively.

Pranger won the Mad Scientist’s 5K race walk title in each of its first three editions, and finished second for the second year in a row. There was no race in 2020 because of the COVID-19 pandemic.

The Mad Scientist 5K was the second of three running events in Vicksburg in October. The Over the River Run was held two weeks ago, and next Saturday brings Vicksburg Catholic Schools’ Spooky Sprint 5K through the downtown area.

The registration fee for the Spooky Sprint 5K is $25 for the 5K run and walk, or $10 for the 1-mile childrens’ fun run. Online registration and more information is available at vicksburgcatholicschool.redpodium.com/2022-spooky-sprint.

A brief pause in the schedule follows the Spooky Sprint, before another holiday-themed race picks up where it left off. The Reindeer Run 5K is scheduled for Dec. 3, at Catfish Row Art Park at 8 a.m. All proceeds benefit PAWS Rescue, and participants are encouraged to run and walk with their pets. The registration fee is $30 and is available online at raceroster.com/events/2022/64062/reindeer-run-5k.