‘College Gameday’ headed to Jackson State for game vs. Southern U. 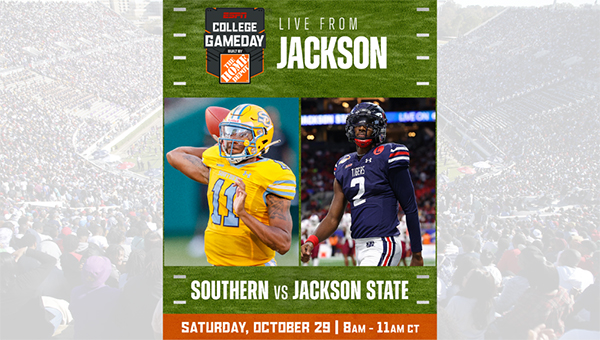 JACKSON — Jackson State is about to get a major showcase for its football program.

ESPN announced Sunday that its flagship program “College Gameday” will come to Jackson for next week’s game between Jackson State and Southern University.

The show will begin live at 8 a.m. on Oct. 29 and airs until 11 a.m. Kickoff for the game at Veterans Memorial Staidum is scheduled for 1 p.m. The game will not be on broadcast TV, but will be streamed on ESPN+.

“College Gameday” last featured an HBCU matchup before the 2021 season opener in Atlanta between Alcorn State and North Carolina Central. This will be the first time, however, that it has been on campus for an HBCU game since the show started in 1993.

Guidelines on fan behavior and attendance policies for those attending the show in person can be found here. Other details will be released later this week on the Jackson State athletics website.