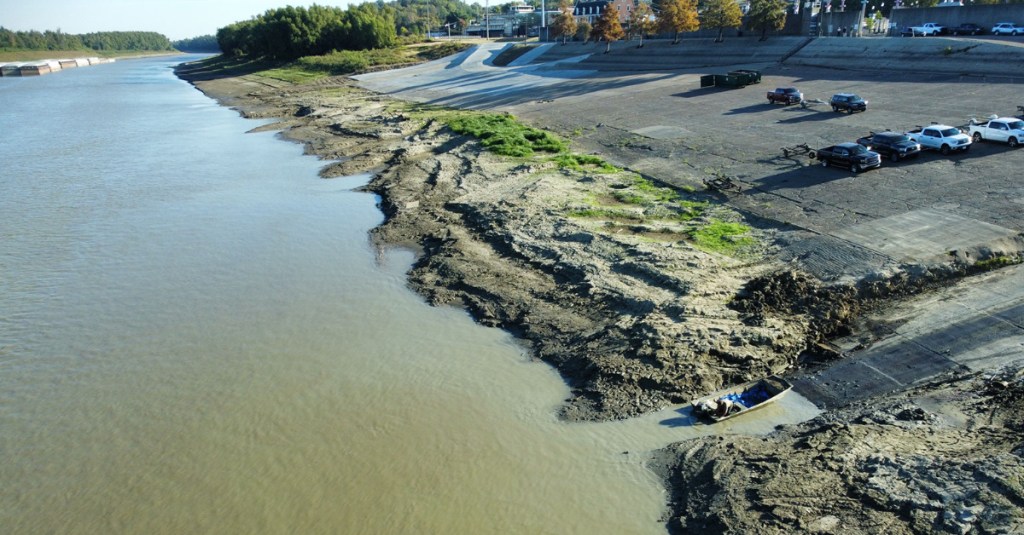 The level of the Mississippi River at Vicksburg hit -0.08 on Monday, according to the U.S. Army Corps of Engineers River Gages website.

The level is one of the river’s lowest this year as drought conditions caused by a lack of rain continue to affect the United States. The river’s level Friday was 0.17. The lowest level on record was -7 feet on Feb. 3, 1940.

A rise in the river’s level is expected over the next few days, according to the National Weather Service’s River Summary website forecast, which predicts the level of the Mississippi at Vicksburg to be at 0.4 Tuesday and 0.8 Friday, based on predictions of rain for the south and the upper Mississippi Valley.