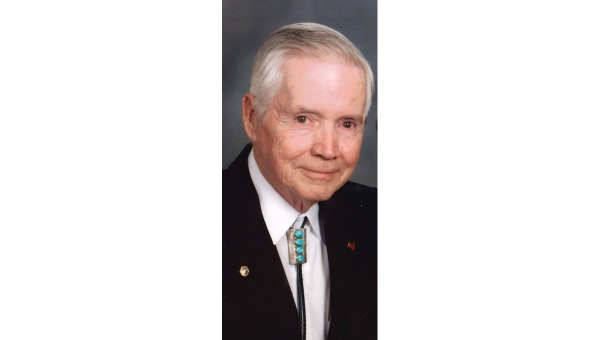 Funeral service for William “Bill” Middleton, Jr. age 82 of Enid, will be 10 a.m. Wednesday, October 26, 2022, at Anderson-Burris Funeral Home, with Pastor Dwayne Schroeder officiating. Burial will be 1 p.m. Thursday, October 27, 2022, in Sunset Memorial Gardens Lawton, OK under the direction of Anderson-Burris Funeral Home. Visitation with the family will be Tuesday from 5:30 to 6:30 at the funeral home.

Bill Middleton, Jr. was born on May 24, 1940, in Vicksburg, Mississippi to Bert and Sara (Mozelle) Middleton and departed this world on October 21, 2022, in Enid, OK. Bill spent his early life in Mississippi with his parents and seven siblings. After graduating from Carr Central High School, Bill entered the U.S. Naval Academy and upon returning from training, he married his lifelong friend Laura Elizabeth “Betty” McIntyre and built their home with three loving children. They traveled the world, including spending time in Germany, during his 20+ years of combined military service in the U.S. Navy and U.S. Army. After retiring from the U.S. Army as a Sergeant First Class, Bill planted roots in Lawton, OK. He was passionate about the Lion’s Club mission. He was especially passionate about the Boys Ranch Meadows of Hope project.  Bill was also a proud grandpa to his three granddaughters and attended their events between his Lions Pin Trading International Club travels. After suffering the loss of his beloved first wife in 1997, Bill was lucky enough to find love again with Yolanda Martin. They married in 2004 where they built their home in Enid, OK and continued to be active in their family endeavors, the North Enid Lions Club, and traveling throughout the US. Bill also maintained memberships to the National Rifle Association, Vietnam Veterans of America, past District Governor Lions Club 1993-1994, Past Director of Lion Pin Trading International 2006-2008 Progressive Melvin Jones Fellow, Progressive William A. Smith Fellow, and past President of Lawton Noon Lions Club.

Bill was preceded in death by his first wife, Elizabeth “Betty” Middleton and his parents, Bert and Sara Middleton.

Memorials may be made through Anderson-Burris to the Oklahoma Lions Club and/or the Boys Ranch Meadows of Hope.  Online Guestbook at www.andersonburris.com.