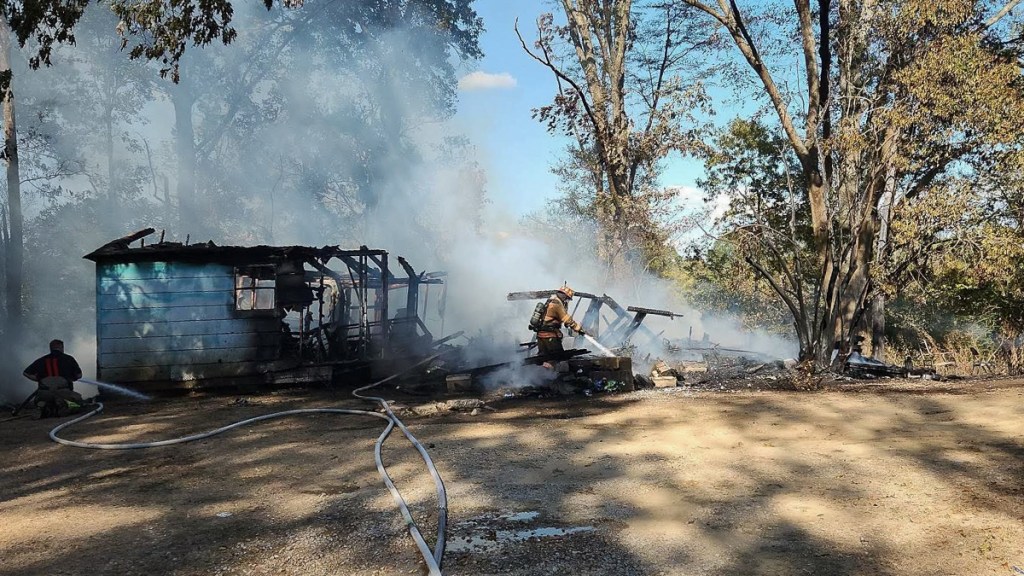 A home on Nailor Road in Warren County was destroyed by a fire on Monday afternoon. The fire was contained and no injuries were reported. (Photo by Robert Whitten, Assistant Chief of the Warren County Fire Service)

A residence on Nailor Road was destroyed by a fire on Monday afternoon, according to Jeff Riggs, spokesperson for the Warren County Fire Service.

Riggs stated that 911 received a call at around 2:45 p.m. about a structure fire in the 5200 block of Nailor Road in Warren County. Upon arrival, Assistant Chief Robert Whitten found a fully involved single-story home.

County fire units from the Fisher Ferry, Culkin and Northeast fire districts were able to quickly contain the structure fire and an area of the nearby woods that had ignited.

No occupants were in the home at the time of the fire and no injuries were reported. The cause of the fire has yet to be determined.