LOOKING BACK: A tale of some of Vicksburg’s best-known citizens 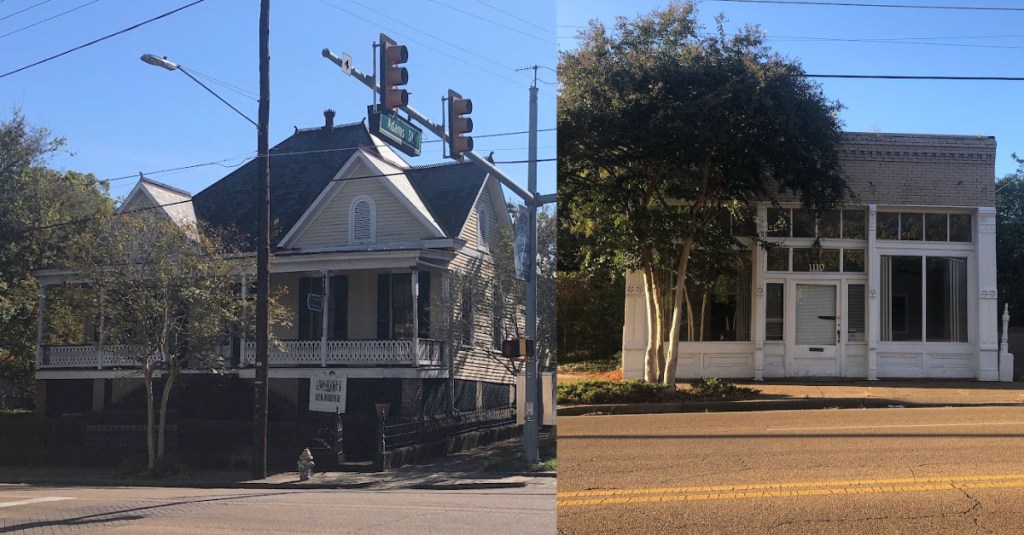 In 1886, Basil Caromelo and Marie Bonelli lived in a house on the southeast corner of Clay and Adams streets, at the current addresses 1100 and 1110 Clay Street.

They built a new house on the corner in 1889. Basil was born in Laurenzana, Italy, and Marie was born in Viggiano, Italy. Next to their house, the Bonellis planted a vineyard and vegetable garden.

An article in the Commercial Herald reported that “pumpkins growing on an arbor a dozen feet above the ground, and pumpkins of an enormous size at that are varieties in this latitude, but that is the way Mr. B.C. Bonelli is cultivating them on East Clay Street. A 40-pounder of his variety is on exhibition at Lee Richardson and Co. It was grown from seed imported from Italy.”

Basil and his brother Emile owned a wholesale grocery and fruit business until January 1895 when they dissolved their partnership, by mutual consent, and Emile continued the business under his own name. Basil then built a store building (seen in the photograph above) in 1896 next to his garden on Clay Street.

The Daily Commercial Herald reported in July that “work on the foundations of the new store of Mr. B.C. Bonelli on East Clay Street is proceeding slowly, owing to the fact that it has been necessary to make an unusually deep excavation in order to get a firm footing for the front of the building, which is on ‘made’ ground.”

The Herald reported later that month that a “handsome iron front of Mr. B.C. Bonelli’s new store on East Clay Street arrived yesterday, and was hauled out to the site of the building.”

The Vicksburg Evening Post reported that the store, constructed by John W. Beck, was 27 feet and 2 inches wide, 57 feet and 1 inch deep and had 13.25-feet ceilings.

“The building will be first-class, and well-finished. Mr. Bonelli will occupy it as a jobbing house, dealing in groceries, provisions, fruits, etc. He states that for his business, the location will be as desirable as any other point as he expects to do most of his business by solicitors. In the opinion of many, Clay Street is destined to be in the next few years, one of the principal business streets in the city. The Mssrs. Bonelli have made a success in their various enterprises and this last movement will no doubt be a successful venture.”

Basil died on July 30, 1921, and was eulogized by the paper: “Deceased was one of our oldest and best-known citizens and businessmen and his bereaved family is the recipient of much sympathy on the part of many friends.”

By 1935, Jones Cleaning Service rented the building. Marie died in 1939 and at some time thereafter, her daughter, Letitia Saines lived there. In 1962, the store building was rented to the Farmers Supply Company. I think that Letitia lived there until she died in 1981.

The house was then boarded up and vacant for about 25 years until Sonny and Caroline Brewer bought and rehabilitated it. Both buildings remain today.