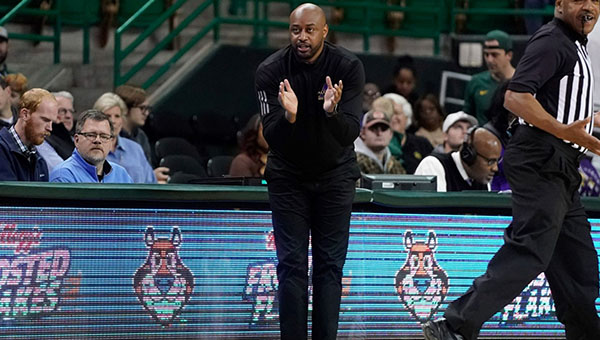 The new contract will keep Bussie with Alcorn State through 2026.

“I’m humbled and honored to have the continued support of our university president, as well as our director of athletics,” Bussie said in a statement. “They believe in me, as well as in my vision and the goals I must help lead the men’s basketball program into the future here at Alcorn State University. I’m ever so grateful for that.”

Bussie was named the Southwestern Athletic Conference Coach of the Year for the 2021-22 season, his second with Alcorn. He led the Braves to a 17-17 record and their first regular-season SWAC championship in 20 years.

Alcorn earned a berth in the NIT, with its highest win total since the 2016-17 season. The 14 conference wins represented the most league victories for Alcorn since the 2001-02 season.

Prior to coming to Alcorn in 2020, Bussie was an assistant on the staffs at Prairie View A&M and Xavier (La.) University,