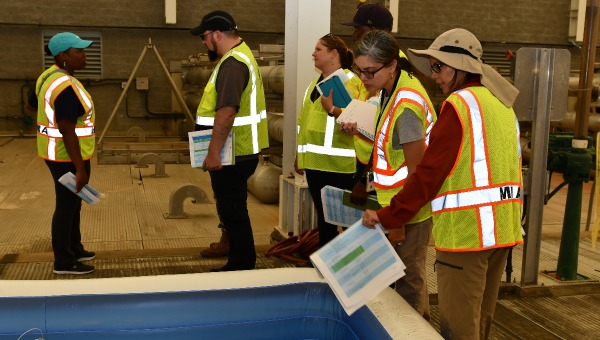 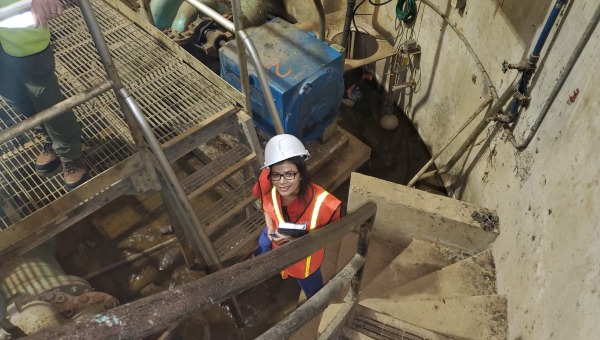 By now, many have heard of the recent water crisis affecting the city of Jackson.

Many may not realize, however, that a research environmental engineer from the U.S. Army Engineer Research and Development Center (ERDC) Environmental Laboratory, Dr. Edith Martinez-Guerra, applied her expertise with military installations to help assess the troubled system.

The city’s two water treatment plants, the O.B. Curtis and J.H. Fewell, make up a significant part of that system. According to the City of Jackson website, O.B. Curtis experienced problems with treating water in early September, leading to a loss of drinkable water throughout the city.

“I did an infrastructure assessment on resiliency for the water treatment plants by adapting a survey template our team had developed from the installation energy and water plan (IEWP) project,” Martinez-Guerra said. “I used it to develop a baseline to see what we need to work on in Jackson.”

IEWPs build resilience into U.S. Army and U.S. Air Force installation energy and water systems for mission-critical readiness after hurricanes and other catastrophes, and Martinez-Guerra was the water lead on the project. Martinez-Guerra defines resilience as how quickly interconnected systems can recover when they become impaired.

The IEWPs are part of a multidisciplinary, multi-laboratory program that Martinez-Guerra has been working on since 2019 through ERDC’s Applied Research Planning Support Center.

The U.S. Army Corps of Engineers (USACE) Vicksburg District Project Manager Capt. Hayden Schappell is leading the development of a Resiliency Playbook for the City of Jackson Water Crisis under a mission assignment to the Federal Emergency Management Agency.

Vicksburg District’s Katy Breaux is a senior project manager over the Environmental Infrastructure Program and has been working closely with Schappell and Martinez-Guerra since the USACE Jackson Water Crisis Team formed in September. The USACE team has worked in partnership with other state, local and federal agencies, including the Federal Emergency Management Agency, the Mississippi State Department of Health (MSDH) and the U.S. Environment Protection Agency (EPA).

“The Playbook will assist the city with long-term improvements to the Jackson Water Treatment Facilities,” Breaux said. “The Resiliency Playbook contains over 100 relevant projects and recommendations that can be implemented to sustain and improve the overall resiliency of these plants. The items contained in the Playbook are intended to be a starting point for future planning efforts performed by local, state and federal partners.”

Martinez-Guerra’s survey template, associated reports and project cards played a large role in the development of the Playbook’s roadmap for improvements.

To complete the surveys, Martinez-Guerra typically asks herself when looking at a water treatment system, “What do they need to look at?” and she inspects the plant systems — in this case, the raw water intake infrastructure, flocculators, clarifiers and other components — to see whether they are working correctly.

“I also looked at the filtering system, the chlorination room and the sedimentation basin, and so on,” she said.

“Dr. Martinez-Guerra developed project cards for cost estimates that isolate an issue and then provide a recommendation,” Breaux said. “She has a lot of knowledge, and she excels at sharing it effectively with lay people.”

“I’ve completed the resiliency reports for both plants,” Martinez-Guerra said. “The O.B. Curtis Water Treatment Plant is only about 35 years old, and the J.H. Jewell is about 100 years old. Both plants are operating, it’s just that their capacity is lower.”

“If there are two pumps, and one is a backup — if one pump breaks and there are no personnel to fix it immediately, you use a backup, and then if that one breaks you are in a bind,” she said.

Her expertise and associated water survey template have the potential for wide-ranging application. An official with the U.S. Department of Homeland Security’s Critical Infrastructure Protection and Resilience team recently contacted her to inquire about using her template.

Breaux said the expertise and tools Martinez-Guerra brought to bear during the crisis were very valuable.

“Dr. Martinez-Guerra was an integral part of the response to the Jackson Water Crisis,” Breaux said. “She identified critical vulnerabilities in water plant operations and made expert recommendations to improve the operations and resiliency of the Jackson water plants. She performed water quality testing and algae speciation to assist the EPA and MSDH to ensure high-quality water for Jackson residents. Her knowledge and expertise greatly contributed to the success of the Unified Command and USACE Emergency Response Team responding to the Jackson water crisis.”