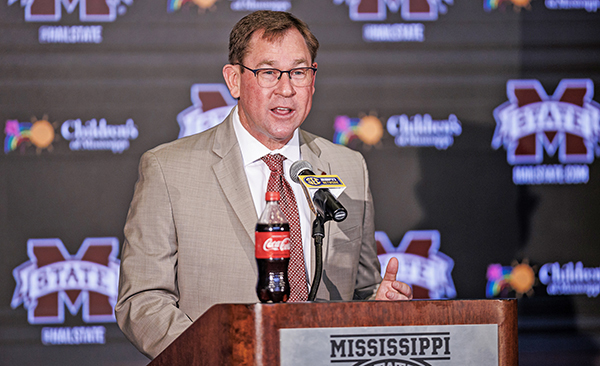 AUBURN, Ala. (AP) — Auburn is finalizing a deal to hire Mississippi State Director of Athletics John Cohen to the same position for the SEC West rival school.

A person with knowledge of the negotiations told The Associated Press on Saturday that the school and Cohen were close to an agreement. The person spoke on condition of anonymity because a deal was not yet done.

Cohen is in his seventh year as athletic director at Mississippi State after a long career as a successful baseball coach. He has also spent time as an assistant coach at Florida (2002-03) and as the head coach at Kentucky (2004-08). He took over at Mississippi State as the athletic director from Scott Stricklin, who left Starkville for Florida in 2016.

Cohen’s first job at Auburn could be to decide the fate of football coach Bryan Harsin, whose team is at the bottom of the Southeastern Conference Western Division after ending his first season in 2021 with five straight losses.

The Tigers lost their fourth straight game Saturday, 41-27 to Arkansas.

The woes surrounding the football program continued into the offseason and haven’t abated. A school investigation into Harsin’s program followed an exodus of players and coaches.

Auburn’s buyout of Harsin would be more than $15 million if the school decides to fire him.